“To mount an effective response to the reigning egalitarianism of our age, therefore, it is necessary but scarcely sufficient to demonstrate the absurdity, the anti-scientific nature, the self-contradictory nature, of Continue Reading

“To mount an effective response to the reigning egalitarianism of our age, therefore, it is necessary but scarcely sufficient to demonstrate the absurdity, the anti-scientific nature, the self-contradictory nature, of the egalitarian doctrine, as well as the disastrous consequences of the egalitarian program. All this is well and good. But it misses the essential nature of, as well as the most effective rebuttal to, the egalitarian program: to expose it as a mask for the drive to power of the now ruling left-liberal intellectual and media elites. Since these elites are also the hitherto unchallenged opinion-molding class in society, their rule cannot be dislodged until the oppressed public, instinctively but inchoately opposed to these elites, are shown the true nature of the increasingly hated forces who are ruling over them. To use the phrases of the New Left of the late 1960s, the ruling elite must be ‘demystified,’ ‘delegitimated,’ and ‘desanctified.’ Nothing can advance their desanctification more than the public realization of the true nature of their egalitarian slogans.”
—Murray N. Rothbard, “Egalitarianism and the Elites“

During a panel discussion at a recent Mises Institute event, one presenter described her son’s Ivy League university as “elite,” even as she lamented the perverse and harmful covid mandates imposed by its administration. Those mandates, by the way, were overwhelmingly supported both by students at this particular college and their parents.

Another panelist responded with “We need new elites!” to applause from the audience.

This is painfully true. We desperately need new and better elites, because the politically connected class in America spent the last hundred-plus years ruining education, medicine, diplomacy (peace), money, banking, big business, literature, art, and entertainment, just for starters. And yet they have the temerity to attack the inevitable populist reactions to their own dismal failures!

The first step in this process is withdrawing our sanction of existing elites whenever and wherever we can. This can be as easy as turning off CNN or as difficult as not sending a child off to seek the fading prestige of an Ivy degree. But we have to turn our backs on them. We have to upend the incentives and institutions that make their undeserved elite status possible.

Undeserved in this context means state connected. This feature more than any other marks today’s “unnatural” elites, by which we mean elites who owe their status largely to government connections rather than merit. It can be hard to identify in some cases: some elites, such as Jeff Bezos, performed brilliantly in the marketplace yet also maintain deep ties to the worst of the American superstate. Amazon sells cloud services to a host of criminal federal agencies, and Bezos himself solely owns the CIA organ the Washington Post.

Russian oligarchs, much in the news these days, are said to fall in this category of unnatural and undeserving elites. While the dictionary definition of “oligarch” is straightforward—a member of a controlling elite with nearly absolute political power—the current usage is broader. It has come to mean “foreign billionaire who made money in unholy ways,” and as such presumably applies to Vladimir Putin and his purported billions in assets amassed on a modest salary. But many Russians obtained power and wealth through close connections to the former Soviet Union, buying up state assets on the cheap during the cronyist early 1990s. Are they all to have their property seized now, like Roman Abramovich and his shares of the Chelsea Football Club in London? What law justifies this, what tribunal issues such an order, and what police agency enforces the seizure? These trifling questions about the “rule of law” go unasked and unanswered; we’re at war with Putin!

But aren’t US elites oligarchs too? When we consider the nexus of state and corporate power, we find plenty of American examples beyond the aforementioned Bezos. New York University professor Michael Rectenwald coined the term “governmentalities” to describe publicly traded companies like Google and Amazon that are so intimately connected with the federal state as to become deputized to act as state agents. When we consider how far-reaching this nexus really is, how many American elites truly deserve their status?

Consider Elon Musk, who recently sold part of his Tesla stock and purchased a 9 percent interest in Twitter, gaining a board seat in the process. His wealth derives in part from his clearly meritorious efforts building and selling PayPal; his business acumen in investing the PayPal proceeds; and his visionary, indefatigable efforts building both Tesla and the private SpaceX. Surely a man of his intelligence and entrepreneurial drive is a natural, worthy elite?

Well, maybe. At least some of his Tesla stock wealth is due to government subsidies helping to create a market for his EVs, and SpaceX contracts directly with NASA. Perhaps Mr. Musk didn’t ask for these subsidies and would be quite wealthy and successful without them—but they cloud the issue.

Are the Obamas oligarchs? After all, their reported $70 million net worth derives entirely from treading on their time in the White House. How about George W. Bush and his $40 million, given how he inherited money and then sold his oil and gas concern to a company owned by George Soros? Consider Joe Biden, whose net worth soared from less than $30,000(!) in 2009 to nearly $10 million today. He literally has not had a proper job since 1970! Surely he is an oligarch, in the sense of unearned wealth and power?

What about Stacey Abrams, the onetime Georgia gubernatorial candidate who claimed a net worth of $109,000 in 2018 but now discloses a net worth of $3.17 million? What has she built or created? Is she an oligarch, with unearned wealth and status due solely to politics? How about CNN’s Anderson Cooper, born into the bosom of Vanderbilt wealth and elite schools (not to mention the obligatory intern stint at the CIA) and then given a prominent platform on a major cable station? Is he in any way deserving of his status?

Russian oligarchs, American pols, and state-connected billionaires are all cut from the same cloth: they didn’t earn, or fully earn, their wealth and position in society. But we must expect this. Rule by elites, at least to an extent, is indeed inevitable. Every society, across time and across place, manifests this. Democracy doesn’t solve or change it, but merely transfers status away from merit and toward politics. Democracy simply creates different—worse—elites in the form of a permanent managerial, bureaucratic class that no more reflects the consent of the governed than Putin represents the will of all Russians.

Political and economic liberty is about the freedom and prosperity average people enjoy in any society. It is the measure of whether elites are natural or unnatural, deserving or undeserving. In the poorest and most corrupt countries, elites fatten their own Swiss bank accounts while parasitically draining citizens of their meager resources. In the wealthiest and least corrupt countries, elites act far more benevolently (e.g., Prince Hans-Adam II in Liechtenstein). Most countries across the West today lie somewhere in the middle. But the covid crisis showed us that once again the situation is getting worse.

What we need is not to eliminate elites, but to create better ones.

In his essay “Natural Elites, Intellectuals, and the State,” Hans-Hermann Hoppe describes how modern states usurp the role of worthy individuals in society who possess natural authority:

Such a theory has been presented by Bertrand de Jouvenel. According to his view, states are the outgrowth of natural elites: the natural outcome of voluntary transactions between private property owners is non-egalitarian, hierarchical, and elitist. In every society, a few individuals acquire the status of an elite through talent. Due to superior achievements of wealth, wisdom, and bravery, these individuals come to possess natural authority, and their opinions and judgments enjoy wide-spread respect. Moreover, because of selective mating, marriage, and the laws of civil and genetic inheritance, positions of natural authority are likely to be passed on within a few noble families. It is to the heads of these families with long-established records of superior achievement, farsightedness, and exemplary personal conduct that men turn with their conflicts and complaints against each other. These leaders of the natural elite act as judges and peacemakers, often free of charge out of a sense of duty expected of a person of authority or out of concern for civil justice as a privately produced “public good.”

The small but decisive step in the transition to a state consists precisely of the monopolization of the function of judge and peacemaker. This occurred once a single member of the voluntarily acknowledged natural elite was able to insist, despite the opposition of other members of the elite, that all conflicts within a specified territory be brought before him. Conflicting parties could no longer choose any other judge or peacemaker.

How do we identify “good” elites, wise leaders who will act and guide the world in benevolent ways? Leaders who care about civilization, property, prosperity, peace, justice, fairness, conservation, and charity? We start by turning our backs on politics, media, academia, and popular culture and looking to the real world examples around us. In our family, work, social circles, and local communities are the men and women who can replace our very unnatural overlords. Men and women who understand inequality and human differences as the inescapable starting point of human society, which in Ludwig von Mises’s view allows for “collaboration of the more talented, more able, and more industrious with the less talented, less able, and less industrious,” which “results in benefits for both.”

This, then, is the egalitarian rub. Progressives of all political stripes oppose the idea of natural elites not because of their claimed egalitarianism or dislike of hierarchies: they oppose the idea because it contemplates a hierarchy not established by them. A natural elite also means that intelligence, ability, attractiveness, charisma, wisdom, discretion, and quiet confidence—all very unequally distributed in nature—become the characteristics of those holding greater influence in society.

Government is mostly beyond hope or redemption. And we don’t need elites for governance; markets perform that function far better and far more democratically. Our focus should be on the intermediary institutions of civil society, saving those that can be saved and building new ones where the damage is too great. We begin this process with real elites, the actual “adults in the room.” We desperately need to desanctify the current crop and replace them with much better and nobler people. 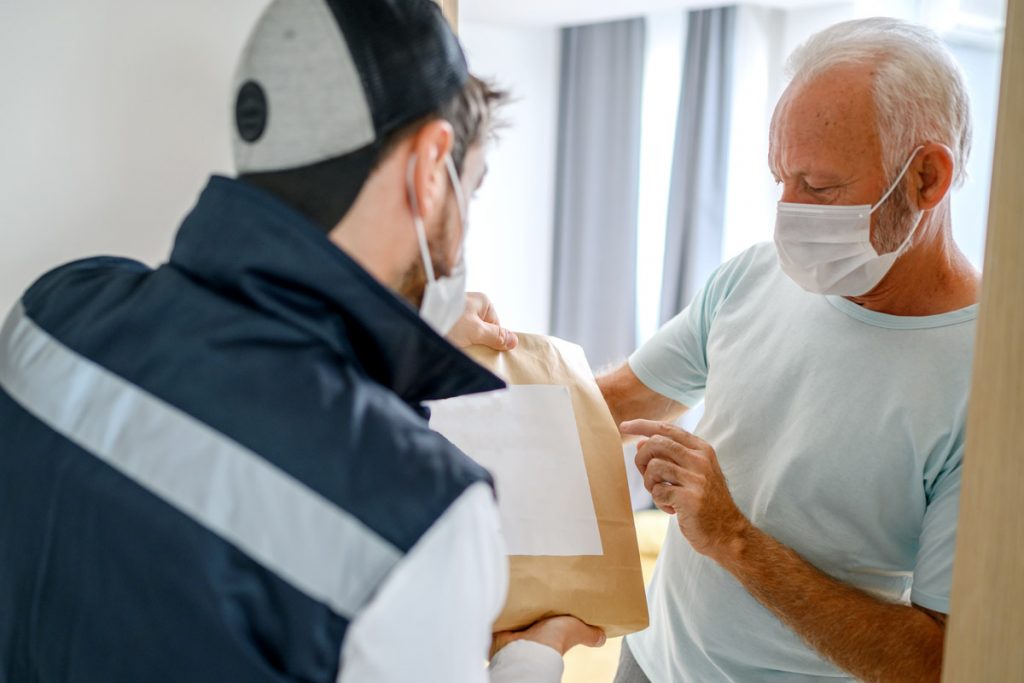 Dear Penny: My Parents Won’t Tip for Uber Eats. Are They Wrong?

Financial Advisors Say to Look Out For These Things in 2022 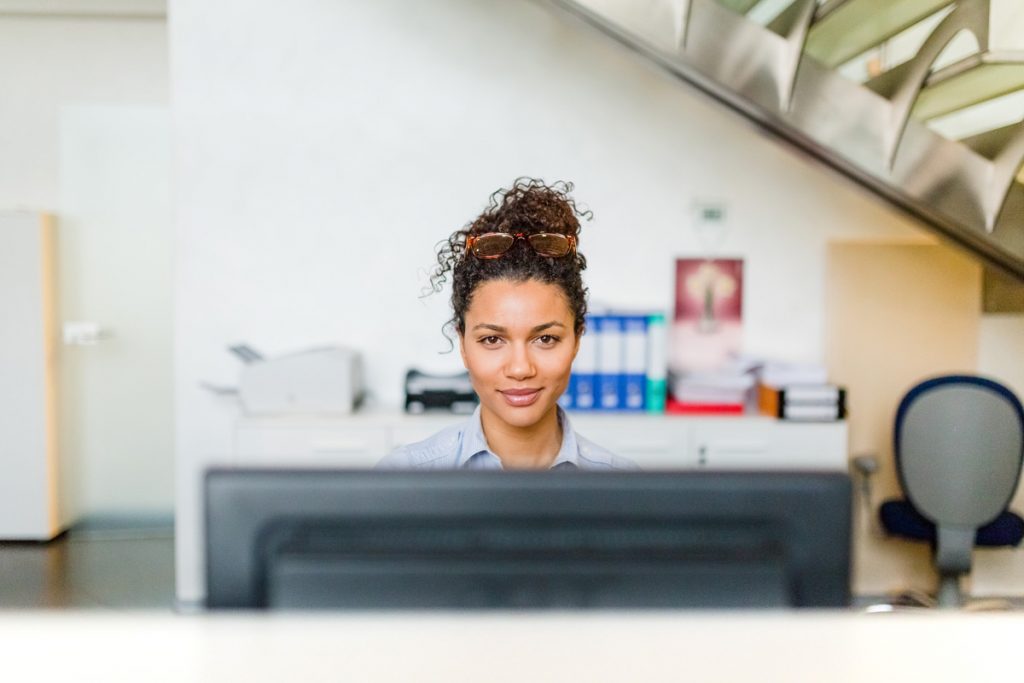 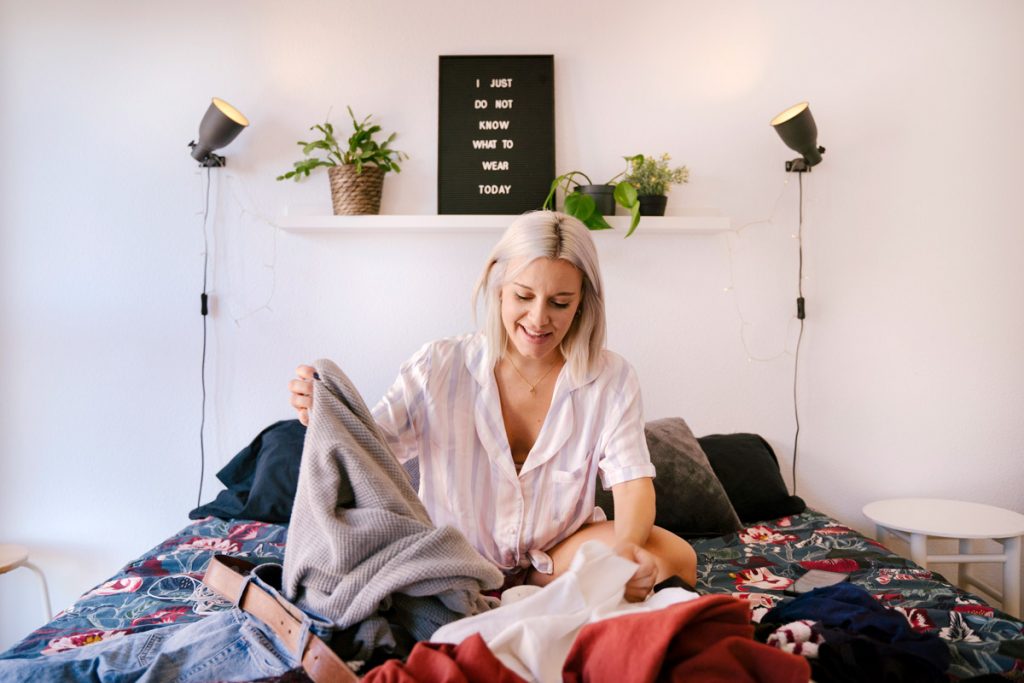 How to Minimize Your Belongings Before Downsizing