The first myth one has to debunk in order to assess the relationship between the provision of law and order and the rise of the (modern) State is that this political institution is merely a natural and organic outgrowth of political power, as old as the history of mankind or of organized society. Actually, it would be wise to dispose of the qualifier “modern”: only the State is modern.1 Whether we see its cradle in the Italian system of States after the Peace of Lodi (1454), or in western Europe (Spain, France, and England) in the 1600s, one thing is clear: the State “gradually emerged in the course of the fifteenth and sixteenth centuries and found its first mature form in the seventeenth.”2

After a summary of the chief traits of the State—organization, sovereignty, coercive control of the population, centralization, etc.—Gianfranco Poggi affirms: “strictly speaking the adjective ‘modern’ is pleonastic. For the set of features listed above is not found in any large-scale political entities rather than those which began to develop in the early-modern phase of European history.”3

[t]he somewhat novel association of human beings which came to be called the states of modern Europe emerged slowly, prefigured in earlier European history, but not without some dramatic passages in their emergence … for the most part, the territories of modern states were newly delineated. They were the outcome of movements of consolidation in which local independencies were destroyed and movements of disintegration in which states emerged from the break-up of medieval realms and empires.4

The second myth we must dispose of is the belief, shared by most historians, that the rise of the State contributed to the general cause of human liberty. In other words, that it has been a “progressive factor” in the history of mankind. Instead, it must be seen as a revolution that upset the old order, granting privileges, immunities, and rents to some and obliterating them for the rest of society. As Charles Tilly put it,

the European State-makers engaged in the work of combining, consolidating, neutralizing, manipulating a tough, complicated, and well-set web of political relations…. They had to tear or dissolve large parts of the web, and to face furious resistance as they did so.5

The history of liberty is rather to be found in the attempts to restrain the powers of the State, from the fight to preserve “medieval freedoms” and community privileges, to the struggle against the concentrations of power in a given center (whether a king or a parliament).

Liberty, as well as law and order, was secured, and in some cases much better, at different stages of European history, when a monopoly of violence over a given territory was simply out of reach. Although we are primarily concerned here with the State provision of law and order, one must not forget that the self-governing communities of the Middle Ages, in northern Italy and central Europe, offer significant examples of a completely different way of guaranteeing peace and security.

In the golden age of communal liberty (which lasted in most parts of Europe until the sixteenth century, but in certain areas, like Switzerland, much longer), merchants and citizens formed their own statutes regulating passage, immigration, and exchange: in short everything related to peaceful and noncoercive self-government. During these times, there was no clear-cut definition of power over a given territory, as there were no borders in the modern sense. An institutionalized power always had an antagonistic counterpower claiming allegiance from the same subjects. The result was that every medieval command was actually nothing more than a claim, subject to be opposed and constrained by an institutional network of competing counterclaims.

In Freedom and the Law, Bruno Leoni stated that

an early medieval version of the principle, “no taxation without representation,” was intended as “no taxation without the consent of the individual taxed,” and we are told that in 1221, the Bishop of Winchester, “summoned to consent to a scutage tax, refused to pay, after the council had made the grant, on the ground that he dissented, and the Exchequer upheld his plea.” We know also from the German scholar, Gierke, that in the more or less “representative” assemblies held among German tribes according to Germanic law, “unanimity was requisite” although a minority could be compelled to give way.6

It was not only what has been simplistically called “medieval pluralism” that guaranteed the impossibility of any state-like organizations, but rather the forms of the juridical relations between individuals and rulers. In medieval society the lives and properties were not readily “accessible” to the king and nobles. As Charles H. McIlwain pointed out:

This property which a subject had of legal right in the integrity of his personal status, and the enjoyment of his lands and goods, was normally beyond the reach and control of the King…. At the opening of the fourteenth century John of Paris declared that neither Pope nor King could take a subject’s goods without his consent.7

It seems quite difficult to conceive of a State without the attributes of a State—that is, the possibility of disposing at free will over the lives and properties of its subordinates. Clearly, what was beyond the reach of king and nobles during the Middle Ages is now available to democratic majorities, and the whole “story” of the State is how we got from there to here.

Prior to the birth of the State, the predatory effects of political power on individuals were minimal (compared to other areas of the globe or to what happened later on the same continent), and in any case the citizens always retained their exit right. This right kept a check on political power and is singled out by many authors as one of the primary causes for the development of a “limited territorial predator” in the West.

Meanwhile, there was no single source of law and order: the production of security was never considered a distinct institutional affair, but rather a concern of the whole community. For several centuries, customs, traditions, and ancient Roman laws worked together in assuring a juridical order. Law in the Middle Ages was a way of resolving conflicts, but it was kept a more or less private business. There was no organic conception of the “social body,” and thus crime remained a private matter to be taken care of with well-defined rules. In other words, crime was never considered a social problem, a wound inflicted on the collective body. This, in turn, implied that the victims were the center of any lawsuit; redress was done from the point of view of the victims, never of a supposedly wounded collectivity. Even when feuds broke out, which was quite often, the families involved were asked to reestablish the public peace, but very seldom were the perpetrators of crimes punished once peace was restored.

In a peculiar sense, words, as crystallized ideas, have consequences: the medieval period was definitely over when, at the end of a long gestation, the word “State” was used in the modern sense by Niccolò Machiavelli. The Florentine asserted right at the beginning of his most famous work, The Prince: “All the states, all the dominions under whose authority men have lived in the past and live now have been and are either republics or principalities.”8 And the emergence, in political theory, of the cluster of ideas associated with the State is largely a Machiavellian legacy. As George Sabine put it:

Machiavelli more than any other political thinker created the meaning that has been attached to the state in modern political usage. Even the word itself, as the name of a sovereign political body, appears to have been made current in the modern languages largely by his writings.9

However, in Machiavelli we find little concern for the public peace, tranquility and security of the citizens. When the word security (sicurtà) is used, it is always in reference to the Prince’s possessions: “Among kingdoms which are well organized and governed, in our own time, is that of France: it possesses countless valuable institutions, on which the king’s freedom of action and security depend.”10 For our purposes, Machiavelli is important, because, although a “republican” at heart, he saw the king and the kingdom as the protagonists of a new era.

From the sixteenth century, it was left to monarchical absolutism to develop the notion of the organization of power through an artificial person, the State. The novelty of such a political creature was that the entire political reality was reshaped through offices, entities, and laws. The new body politic transcended individuals as well as sovereign. It did not represent anybody; it simply existed and was nurtured by myths produced by historians as well as politicians, first and foremost the myth of having always existed.11 As Luhmann has noted: “Following the proclamation of the sovereign State, especially in France during the second half of the sixteenth century, historians went to work. The present needs a past adaptable to it.”12

In this context of political modernity, the problem of law and order arose as a specific State problem. The first and foremost duty of the State toward its subjects became the provision of security. Or, to be less naïve,

the State has arrogated to itself a compulsory monopoly over police and military services, the provision of law, judicial decision-making, the mint and the power to create money, unused land (“the public domain”), streets and highways, rivers and coastal waters, and the means of delivering mail…. But, above all, the crucial monopoly is the State’s control of the use of violence: of the police and armed services, and of the courts—the locus of ultimate decision-making power in disputes over crimes and contracts.13

A selection from “The Problem of Security: Historicity of the State and ‘European Realism.’“ 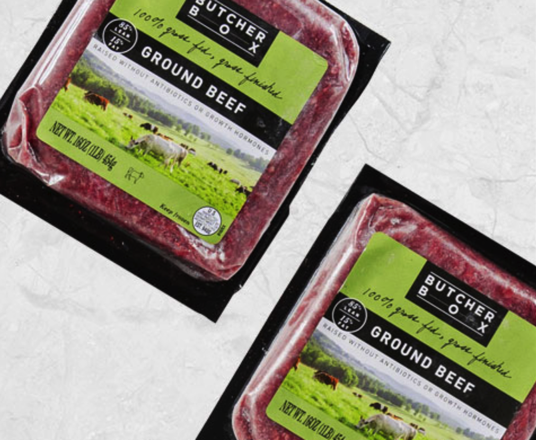 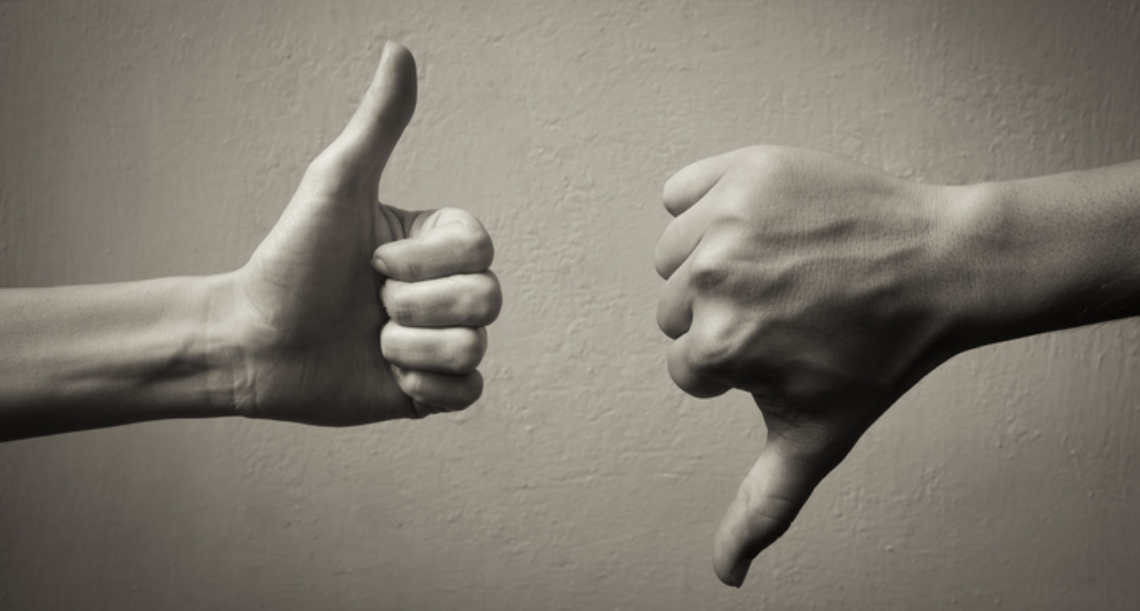 Why the Free Market Liberals Underestimated the Socialists