Target has announced that in 2021, it will once again stay closed on Thanksgiving Day. It’s easy to understand why the retailer is confident enough to state its plans for Continue Reading

Target has announced that in 2021, it will once again stay closed on Thanksgiving Day.

It’s easy to understand why the retailer is confident enough to state its plans for a key holiday this far in advance: it doesn’t need to be open on Turkey Day anymore.

Target said on Wednesday that comparable sales, a metric that blends online sales and business at stores in operation for at least a full year, rose 17.2{e1a2754073fbad5ffd12af50b00c7b25063b472a672bf94a881097045b92482b}, continuing its red-hot streak of sales gains since the pandemic broke. And that was despite being closed on Thanksgiving, a day that had become in the 2010s the kick-off to the Black Friday shopping extravaganza as store openings started at an earlier and earlier time. (Walmart set the tone in July 2020 by being the first major chain to say it would skip Thanksgiving store hours, giving Target and others cover to do the same. This year, Target is the first major player to make such an announcement.)

Like other retailers, Target started doling out Christmas period deals in early October to compete with Amazon’s Prime Day, but also to spread them out over a longer period. That was partly a concession to self-imposed limits on store traffic because of the COVID-19. But more importantly, enough of its business has moved online that the costs from staffing stores on a major holiday made less sense. And pre-COVID, there were already signs Target and other retailers didn’t want to put so many of their holiday season eggs in one basket — the Black Friday weekend — anymore.

“Retailers were able to thrive if they put their best foot forward and stimulated consumers to buy across the whole season,” GlobalData managing director Neil Saunders wrote in a research note. “This means that it is even less likely retailers will return to the big sales bonanza of Thanksgiving and Black Friday even when the pandemic is over.” And as Fortune reported in November, Black Friday was a muted affair across the industry this year, even for a successful chain like Target.

Certainly retailers with strong e-commerce, like Target and Walmart, rode the digital boom sped up by COVID-19 this year, thanks to infrastructure for curbside pickup and better shopping apps: Adobe Analytics said on Tuesday that U.S. online retail spending rose 32.2{e1a2754073fbad5ffd12af50b00c7b25063b472a672bf94a881097045b92482b} in November and December to $188.2 billion, including a big jump on Thanksgiving. (At Target, they doubled. Walmart will report its full fourth-quarter results next month.)

But that’s not to say retailers don’t still need stores during the holiday season: sales from orders placed online but retrieved from a store in person by customer, whether curbside or in the store, along with same-day delivery nearly tripled at Target, showing how crucial its physical stores remain.

It just means that Target, and other retail winners don’t need those few extra hours on Thanksgiving to have a successful holiday season. And by extension, that means they will rely even less on the Black Friday weekend as a whole in the future. 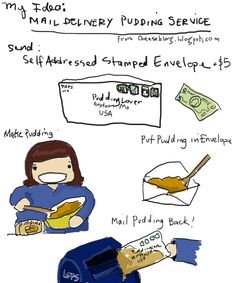