Silicon Valley is losing another tech heavyweight: Keith Rabois, prolific startup investor, early exec at powerhouses such as Square, LinkedIn, Yelp, and PayPal, and longtime Bay Area resident. He tells me he is “moving imminently.”

Rabois revealed his decision to decamp during our conversation at the Meridian conference, an event hosted by the cryptocurrency-focused group Stellar Development Foundation. (Rabois, an investor in Stripe, joined Stellar’s board after Stripe made an investment in Stellar six years ago.)

“I think San Francisco is just so massively improperly run and managed that it’s impossible to stay here,” Rabois said. He believes he is not alone in giving up on the Bay Area, a place he has called home for two decades. He cited anecdotal evidence about many people in his social circles leaving, and noted, “COVID sort of masks this stuff. It’s not quite as obvious where people are moving to and if they’ve actually moved since everybody’s working remotely.”

Rabois is one of many Bay Area forsakers. His planned departure follows the flight of Peter Thiel, Rabois’s old Stanford buddy and PayPal partner, to Los Angeles in 2018. (Rabois joined Thiel’s venture capital firm Founder’s Fund last year.) In a much-read IPO prospectus this year, Alex Karp, CEO of Palantir, a PayPal spinout and Rabois investment, also said he was relocating the company to Colorado after laying into the Valley’s tech firms, calling them unpatriotic for pooh-poohing military contracts. And Jack Dorsey, CEO of Twitter and Square, where Rabois worked as chief operating officer for three years, planned to move to Africa before the pandemic struck.

Add Rabois to the list of emigrants. He said that COVID helped expose that the perceived handicaps to moving out of California are “more psychological than real.”

Data from Opendoor (which Rabois cofounded) and rival firms like Zillow reveal a trend. “Bay Area searches for rent are in free-fall, they’re down like 30{e1a2754073fbad5ffd12af50b00c7b25063b472a672bf94a881097045b92482b},” Rabois said. In big cities like New York and Los Angeles, rental searches are also dropping like crazy, as people acknowledge “all of the downsides” of urban life—higher costs of living and closer quarters—with few of the mostly social upsides, he said.

“It’s very clear right now, people are shifting their preferences pretty massively,” Rabois said. He added, though, that it remains to be seen whether the trend will continue once a vaccine becomes widely distributed and cities are able to open back up.

So where is Rabois moving? Just in time to avoid a west coast winter, he’s buying a home in the sunshine state. “Miami is an incredibly beautiful city, cosmopolitan, has an interesting mix of New Yorkers, Latin Americans, and Europeans,” Rabois said of his soon-to-be-home. Oh, and, “There’s no state income tax.”

“Living in the Bay Area for 20 years, it’s just like, all the things you wish you had,” Rabois said. “I’m a fan of warmer weather and water, so it feels like I’m going on vacation.”

P.S. I don’t want to say I told you so just yet, but this early report of the new MacOS bricking computers, as Aaron pointed out yesterday, seems to confirm my theory that the rollout of Apple’s new tech would not go as planned.

Pete Buttigieg: Americans’ trust in the presidency can and will be rebuilt 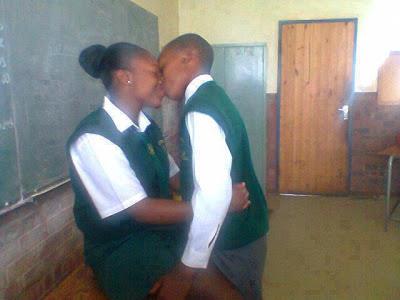