Probably the dominant mainstream view of World War II goes like this. World War II was the “good war.” Though Joseph Stalin was guilty of many crimes, Adolf Hitler, with his vast conquests accompanied by mass murder on a colossal scale, was an immediate threat to Britain and the United States, and for this reason, an alliance with Stalin was the best course of action for these countries once Hitler invaded the Soviet Union on June 22, 1941. Further, once the war became a struggle between the Allied and Axis powers, the Russians bore the brunt of the war. Given the immense losses of the Russian people, both soldiers and civilians, we should regard Stalin with something approaching gratitude, however much it goes against the grain to do so, owing to his leadership of his country during this life-and-death conflict. (The philosopher Susan Neiman in her book Learning From the Germans is a good example of this viewpoint. See my review here.)

To say the least, this is not Sean McMeekin’s view. He is a historian who has written outstanding studies of the Russian Revolution, the origins of World War I, and the Ottoman Empire, characterized by extensive archival research in multiple languages. In Stalin’s War, he has outdone himself. It takes over twenty pages to list the archives he has consulted (pp. 767–88), and he has examined an immense number of printed collections of documents, memoirs, and secondary sources as well.

He concludes that the mainstream position is false. Stalin, from his earliest days as a revolutionary in tsarist Russia, was a committed Marxist who sought the overthrow of the capitalist world. To that end, he sought to exacerbate tension between Hitler, eager to overthrow the Treaty of Versailles, and Britain and France. He accordingly signed a nonaggression pact with Hitler on August 23, 1939, freeing the Germans to attack Poland and, not incidentally, securing substantial territory for Russia. In the world war that began with the German invasion of Poland on September 1, 1939, he hoped that the Germans would find themselves in a prolonged struggle with Britain and France, leaving both sides exhausted and clearing the way for communist revolution and Russian expansion.

When the Germans subdued France with unexpected quickness in 1940, Stalin pressed his own territorial and economic demands to such an extent that the pact with Germany was strained, a situation not resolved by Soviet foreign minister Vyacheslav Molotov’s visit to Berlin in November 1940, when Molotov’s intransigence surprised and dismayed Hitler. War between Russia and Germany became increasingly likely. McMeekin stresses that Stalin deployed his forces in a way that suggests that, like Hitler, he too had an attack in mind: it is wrong to think of Operation Barbarossa as an unprovoked German assault.

After the Germans invaded Russia on June 22, 1941, both Winston Churchill and Franklin D. Roosevelt did everything within their power to aid Stalin. Churchill had for many years suspended his anticommunism, viewing Hitler as the greater danger, and Roosevelt, even though America was not yet in the war, gave Russia aid on much better terms than he offered Britain, a pattern that continued throughout the war’s duration.

The aid Stalin received proved essential to his ability to withstand the German onslaught and, eventually, mount a counterattack, but far from being grateful, he acted with complete disregard for American and British interests. As the war continued, the pattern of American and British subservience to the Soviets continued, and McMeekin shows how again and again Roosevelt and Churchill ignored the dictates of national interest to aid Stalin. Among the examples he discusses are the abandonment of the London Polish government in exile at Stalin’s behest, the support for Josip Broz Tito in Yugoslavia, and the undermining of the Nationalist Chinese government. As if this were not enough, the “unconditional surrender” policy and the Morgenthau Plan, calling for the pastoralization of Germany, also aided Soviet policy in that they impeded the chances of the overthrow of Hitler and a peaceful settlement of the war on the western front. Applied to Japan, unconditional surrender prolonged the war unnecessarily and enabled Stalin, who had done nothing to help the Allies during the war, to declare war at the last moment so that he could secure territorial gains for Russia.

I have been able to give only a small sample of McMeekin’s vast canvas, and I have space to comment on only a few points of interest. Readers familiar with Mises’s socialist calculation argument may wonder how it was possible for Stalin to build up a tremendous military arsenal through central planning. Part of the answer lies in the concentration of resources on military goods, to the detriment of civilian consumption, but another part of the answer is more surprising. McMeekin notes that many American businessmen invested in Russia, helped Stalin construct factories, and even exported their own plants. Here the author appropriately makes use of the pioneering three-volume study of Anthony Sutton, Western Technology and Soviet Economic Development (1973), as well as his own archival research (p. 677n8. Sutton’s later work Wall Street and the Bolshevik Revolution [1974] also merits reading but should be used with caution).

In considering the events leading up to the war, McMeekin asks, Why did Britain issue a guarantee to Poland in March 1939, when there was no prospect of Britain’s coming to Poland’s defense in the event of a German invasion? Further, the guarantee did not extend to Poland’s eastern borders: Why was it more important to defend Poland from German invasion than Russian? Russia did not accept the boundaries in place after the Russo-Polish war of 1920 and wanted at least a restoration of the Curzon line boundaries of the Versailles settlement. By the way, much of the work at that conference in determining the Curzon line boundaries was done by the great Kant scholar H.J. Paton.

In answer to the question of why Britain issued the guarantee, I would like to call attention to the important study by Simon Newman, March 1939: The Guarantee to Poland, (1976) suggesting that the Chamberlain government was quite willing to engage in war with Germany. In this connection, the influence of Lord Halifax, the foreign secretary, who, as R.A. Butler notes in his memoirs, was the dominant influence on British foreign policy in the months after the Munich conference, should not be overlooked. McMeekin makes an intriguing remark about the effect of British pressure: “It is significant that Hitler displayed cold feet in the last days of August 1939, sensing that he was leading Germany into a larger conflict than he had bargained for” (p. 93).

One of the key points in the book is the importance of control of resources such as aluminum and oil in carrying on war. In this regard McMeekin suggests that a concerted strike by the British and French against the Baku oil fields, controlled by Russia, after Stalin’s invasion of Finland in November 1939, could have crippled Russia’s ability to wage war against Germany and thus averted the horrors of the Russo-German war. “But the Allies missed their chance…. It had been a close call for Communism in its existential struggle with the capitalist world, but Stalin’s wiles had seen off real and potential threats and restored the Soviet position” (p. 155).

McMeekin, in his assessment of Stalin’s policy aims before the German invasion, makes use of the excellent book by Ernst Topitsch, Stalin’s War (1987), citing his report of Stalin’s May 5, 1941, speech to the Soviet military graduates that makes clear his aggressive aims (p. 675n5). Contrary to the review of Topitsch’s book by Gerhard Weinberg in the American Historical Review (June 1989), Topitsch was by no means a Nazi ideologue. To the contrary, he was a philosopher sympathetic to the Vienna Circle logical empiricists and wrote critically of Nazi ideology.

Not only did Stalin have hostile intentions toward Germany, he showed little desire for good relations with Britain and the United States. Stalin’s neutrality pact with Japan, signed by Stalin and Japanese foreign minister Yosuke Matsuoka on April 13, 1941, was hostile to American interests. “With its position in Manchuria secure, Japan was now free, if it wished—and Stalin’s hint could not have been clearer—to strike into Southeast Asia and the Pacific against British and US interests” (p. 258). Matsuoka, by the way, spent his teenage years in pleasant circumstances in Portland, Oregon, and spoke fluent English.

Stalin wished to embroil the United States and Japan in conflict, since peace between the two countries might encourage Japan to move against Russia. An uncompromising American policy of resistance to Japanese expansion in Southeast Asia was thus in his interest, and the communist agent Harry Dexter White, ensconced at the Treasury Department, drafted a memorandum in June 1941 that was the basis of secretary of state Cordell Hull’s demand to the Japanese on November 26, 1941, that they withdraw totally from their conquests, an ultimatum that led the Japanese to look on war with the United States as inevitable. Anthony Kubek’s How the Far East Was Lost (1972), which McMeekin lists in his bibliography, has a valuable chapter, actually written by Stephen H. Johnsson, on White’s activities in fomenting conflict between the United States and China. More generally, Charles Callan Tansill’s Back Door to War (1952), based on extensive research in the US State Department Archives, has a long account of Japanese peace efforts prior to Pearl Harbor. Tansill, once esteemed as one of America’s foremost diplomatic historians, is today seldom cited.

As mentioned above, the author has rightly stressed the uncritical American and British attitude toward the Yugoslavian partisans led by Tito. The author’s excellent discussion supports the earlier study of Slobodan Draskovich, Tito: Moscow’s Trojan Horse (1957). Draskovich was the son of a Serbian minister of the interior who had been assassinated in 1921 and the brother of Milorad Drachkovitch, for many years a fellow at the Hoover Institution. More generally, later archival research has supported the findings of “premature anti-Communists” during and immediately after the war. The author’s comments on Major George Racey Jordan, who protested American shipments of uranium and other materials needed to construct atomic weapons (pp. 532–34), and on the protests on Pennsylvania governor George H. Earle to Roosevelt on unconditional surrender (p. 451 and, especially, p. 737n31) should be consulted on this point.

I shall close with a remark that students of free market economics will find intriguing. McMeekin says, “[T]he proto-Keynesian fallback argument one sometimes hears—that the mobilization of the ‘arsenal of democracy’ brought the United States (and later world) economy out of the Depression in a way Roosevelt’s New Deal did not—rests ultimately on the broken-window fallacy identified by Frédéric Bastiat” (p. 664).

Stalin’s War is a magnificent book and everyone interested in the causes and consequences of World War II—and what reasonable person could not be?—should read it.

7 Tips for Retirement Saving After 40 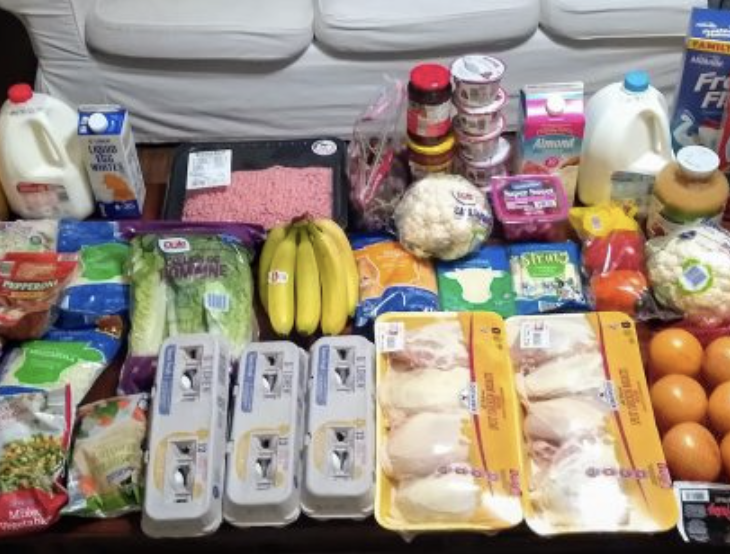 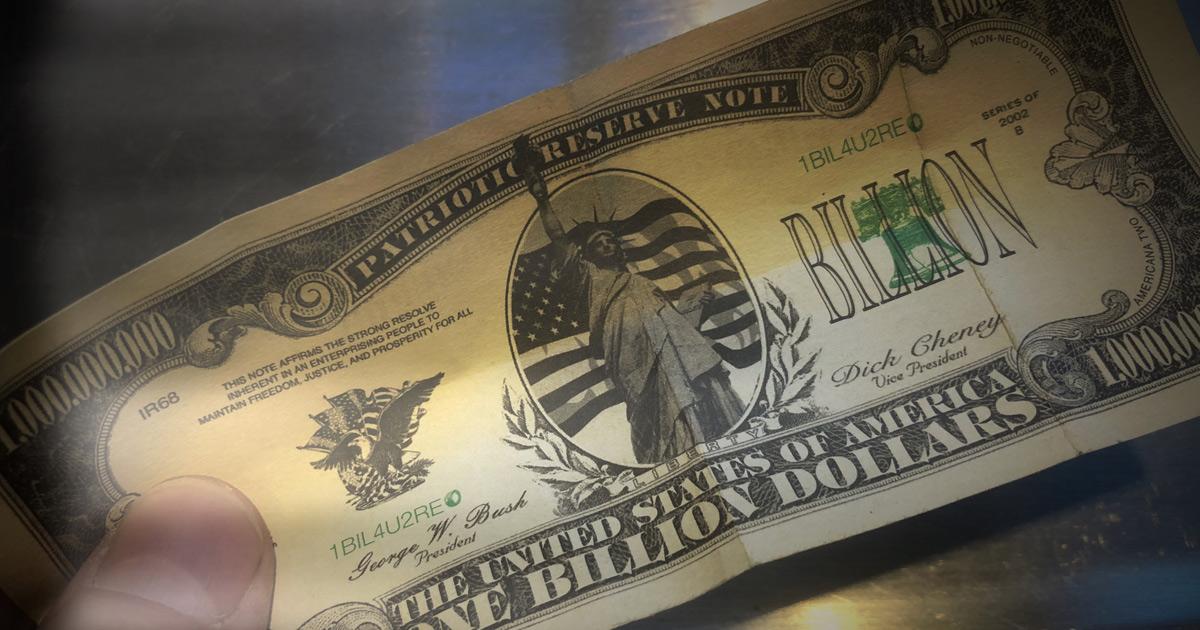