Our mission to help you navigate the new normal is fueled by subscribers. To enjoy unlimited access to our journalism, subscribe today. President Donald Trump appealed to senior citizens in a Continue Reading

President Donald Trump appealed to senior citizens in a Twitter video Thursday, calling them his “favorite people in the world.” Included in the message were several jabs at Democratic challenger Joe Biden, who Trump says is incapable of delivering effective medicine and treatment for COVID-19—a virus with increased mortality rates among elders.

Exit polls showed that Trump won this group by seven points in 2016, but even more surprisingly, it’s not just a contrast to 2016 that’s so shocking. Democrats haven’t performed this well among older Americans since 1996, when older voters primarily made up of the Greatest Generation heavily favored Bill Clinton, as CNN’s Harry Enten points out.

An obvious reason for Trump’s poor performance among seniors in 2020 is the coronavirus pandemic. The age group is the most vulnerable to the virus, and federal response to managing it has been questionable, to say the least. What’s more, Trump has made openly flippant comments suggesting a lack of concern about the senior population. Take what he said at a rally in Ohio in September: “It affects elderly people. Elderly people with heart problems and other problems. If they have other problems, that’s what it really affects. That’s it. You know, in some states, thousands of people, nobody young. Below the age of 18, like, nobody.

“They have a strong immune system, who knows?” Trump continued. “You look—take your hat off to the young because they have a hell of an immune system. But it affects virtually nobody.”

Seniors would be the first to say they’re not “virtually nobody.” They still need a government response that will protect them from COVID-19.

And, at 74, Trump is a senior himself. The scare over his own infection with COVID-19 illustrates that. He’s pledged to make treatment for the virus free, along with sending everyone on Medicare a $200 drug discount card. The President, in theory, should have some pull over this age group.

Beyond reaction to the administration’s handling of the virus, deeper generational shifts appear to be at work here. Trump’s decline among seniors predates the pandemic: A year ago, Biden had a hefty 11 point lead over seniors in a CNN poll.

“Ten thousand people turn 65 every day in America,” noted Nora Super, the senior director of the Milken Institute’s Center for the Future of Aging, in an interview with Politico. “And Baby Boomers—they go from age 56 to 72—that’s a huge number of people. But then as you look at the differences between people who are at the tail end of the baby boom—like I am—and those who were on the leading edge—who are old enough to have taken part in the March on Washington, the Vietnam War, etc.—the issues that engage ‘older’ voters today aren’t necessarily the same that did even four years ago.”

Super points out that issues surrounding Social Security, unemployment, and expensive health care coverage are at the top of the minds of seniors more than ever, particularly during an ongoing pandemic. Compared to previous generations, the average life expectancy of Americans has increased—meaning seniors have concerns that extend far beyond retirement.

Older Americans make up nearly a quarter of all voters, and it would be a huge blow to the Trump campaign to lose them by such significant numbers. The GOP can only hope that this year’s polls are limited to the election and don’t point to a long-lasting shift in the U.S. electorate. 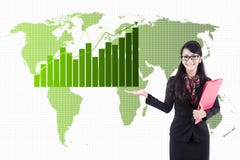