Even with positive developments on the vaccine front, the pandemic is far from over: On Thursday, new confirmed COVID-19 cases in the United States hit a daily record of over Continue Reading

Even with positive developments on the vaccine front, the pandemic is far from over: On Thursday, new confirmed COVID-19 cases in the United States hit a daily record of over 150,000.

That said, we aren’t out of the woods yet. More business failures are on the way as companies hardest hit by the pandemic run out of cash. Not to mention the weak labor market makes it hard for the employed to get raises and the millions of unemployed Americans to find a paycheck. We’re in recovery, but not all of us are feeling it.

To give Fortune readers a better understanding of where the economy is and where it’s heading, here’s a look at eight economic measurements we’ve been tracking throughout the crisis:

But GDP is still down. Over the course of the first two quarters, annualized U.S. GDP fell from $21.8 trillion to $19.5 trillion. In the third quarter that swung back up to about $21.2 trillion. It’s expected to fully rebound sometime in 2021.

While GDP is seeing something closer to a V-shaped recovery—bouncing back nearly as fast as it fell—that isn’t the case for U.S. employment. The U.S. added 638,000 jobs in October. If that pace were to continue, it would take over 16 months—into 2022—to recover all the jobs lost during the COVID-19 recession. And that’s not even the bad news. Most economists actually expect that pace of hiring to slow further, meaning a full employment recovery could take until 2023 or longer.

Meanwhile, rural agriculture-heavy economies like Iowa and Nebraska are recovering at a much faster clip.

While the sustained drop in the unemployment rate signals an economy moving from recession to growth, it’s also severely undercounting joblessness. It boils down to how the Bureau of Labor Statistics (BLS) calculates the official unemployment rate: Only out-of-work Americans who are searching for new positions are categorized as unemployed. If the jobless aren’t searching, they get thrown out of the civilian labor force altogether. (The unemployment rate is calculated by dividing the number of unemployed Americans by the civilian labor force count).

That’s been the case during the pandemic, with millions of jobless Americans choosing to wait out the virus and stay-at-home order before starting their job search, or to stay home with their kids who have not resumed in-person learning. Overall the civilian labor force declined from 164.5 million in February to 156.5 million in April. It has since climbed up to 160.9 million—but it’s still down 3.6 million.

While some Americans are struggling to make ends meet, others who have escaped layoffs are actually better off financially as they save money that would have been spent on commuting, eating out, or traveling. And that divide is happening along class lines: Among Americans with a postgraduate degree, 31{e1a2754073fbad5ffd12af50b00c7b25063b472a672bf94a881097045b92482b} say their finances have improved, finds a Fortune–Researchscape International poll of 3,133 U.S. adults conducted between Oct. 3 and Oct. 19. While only 11{e1a2754073fbad5ffd12af50b00c7b25063b472a672bf94a881097045b92482b} of U.S. adults with a high school degree or less—who are more likely to work in fields hardest hit by the pandemic—say they’re financially better off now.

While the Great Recession hammered manufacturing, this time around the sector is among our bright spots. The Institute for Supply Management’s Purchasing Managers Index (PMI) came in at 59.3 in October, up from its 41.5 bottom in April. A PMI below 50 signals a contracting manufacturing sector, while a rate over 50 signals growth—something we’ve achieved for five consecutive months.

The spring lockdowns closed numerous factories, which led to widespread shortages. In the immediate future, manufacturers are busy making up for those shortfalls.

How can housing be so robust? For starters the sector has been helped by falling interest rates, a record stock market, and wealthy city dwellers buying up second homes. But it’s also demographics. The biggest years for millennial births ranged from 1989 to 1993. And we’re currently amid the five-year period when all these young millennials will hit their thirties—the peak years for homebuying. That rush of millennials into the market is causing real estate to push upward.

Overall, economic data is most helpful to piece together a story about the economy. What’s this one telling us? It’s truly a tale of two recoveries whereby some people, professions, and geographic areas have recovered swiftly (or never felt too much pain in the first place), while others are mired in a long slog, trying to recapture the gains so swiftly lost to a deadly pandemic.

Why the SolarWinds hack is even worse than you thought 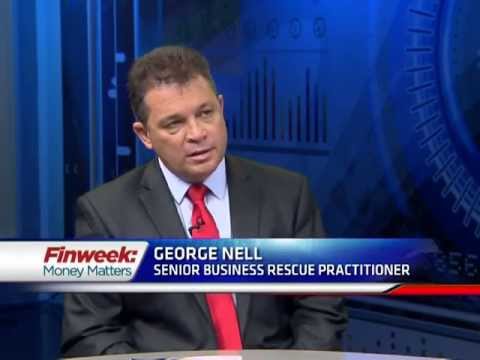 Are There Any Variations Between An Entrepreneur And A Small Business Owner?