Health authorities in Norway say there’s no evidence of a direct link between the recent string of deaths among elderly people inoculated against COVID-19, and the vaccine they received. The Continue Reading

Health authorities in Norway say there’s no evidence of a direct link between the recent string of deaths among elderly people inoculated against COVID-19, and the vaccine they received.

The Norwegian Medicines Agency is seeking to address fears that taking the vaccine might be too risky, after 33 people in the country aged 75 and over died following immunization, according to the agency’s latest figures. All were already seriously ill, it said.

“Clearly, Covid-19 is far more dangerous to most patients than vaccination,” Steinar Madsen, medical director at the Norwegian Medicines Agency, said by phone on Monday. “We are not alarmed.”

The initial reports from Norway made international headlines as the world looks for early signs of potential side effects from the vaccines. Until Friday, Norway had only used the vaccine provided by Pfizer Inc. and BioNTech SE, and the companies are now working with the Nordic country to look into the deaths. The first Europe-wide safety report on the Pfizer-BioNTech vaccine is due to be published at the end of January.

“All of these patients have had serious underlying illnesses,” Madsen said. “We can’t say that people die from the vaccine. We can say that it may be coincidental. It is difficult to prove that it’s the vaccine which is the direct cause.”

Sam Fazeli, Bloomberg Intelligence Senior Industry Analyst says: “The concept of limiting Covid-19 vaccinations to those below 75 years of age isn’t supported by the U.S. data covering over 14 million people inoculated, our analysis shows, despite Norway reporting a much higher death rate after using the Pfizer-BioNTech vaccine. Norway’s excessive deaths suggest they are in subjects with serious, uncontrolled illnesses.”

Norway has given at least one dose to about 42,000 people, focusing on those considered to be most at risk if they contract the virus, including the elderly. Madsen says it’s possible that the side effects of immunization can, in some cases, “tip the patients into a more serious course of the underlying disease. We can’t rule that out.” He says Norway has already vaccinated all nursing home patients, “more or less,” and the reported fatalities make up “well under 1 out of 1,000.”

Madsen said he isn’t expecting a different outcome with another vaccine, from Moderna Inc., which was introduced in Norway on Friday. Like the Pfizer-BioNTech shot, it uses messenger RNA technology that teaches the body’s cells to fight off infection.

The Norwegian Medicines Agency says it made clear before the vaccination program started that “it is expected that deaths will occur in a time-related context with vaccination” for the “oldest and sickest” people receiving inoculation.

—With assistance from Stephen Treloar and Naomi Kresge. 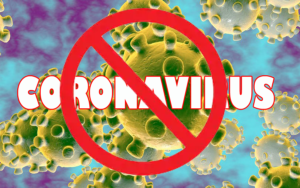 What Ladies Want In Nigerian Enterprise

Palantir shares are up big on first day of trading