Talks between the two companies are ongoing, but if a tentative technology-sharing and manufacturing deal announced last month falls apart, Nikola will revert to a “base plan” without GM’s help, CEO Mark Russell said in an interview late Thursday.

“We have the ability and we have a base plan of doing it ourselves. If we have a partner, that just enables us to consider going faster and helps reduce the risk,” he said. “We’ve proven that over the years that we are a partnership company when those things are available to us.”

The Phoenix-based company’s relationship with its would-be partner has been the subject of intense scrutiny since Nikola and its founder and former chairman Trevor Milton were accused of deception. Both the company and Milton have denied those claims.

GM is eyeing an 11{e1a2754073fbad5ffd12af50b00c7b25063b472a672bf94a881097045b92482b} stake in Nikola as part of a cash-free deal in exchange for providing access to fuel-cell technology and for manufacturing the startup’s electric pickup. Nikola has stopped referring to that vehicle, called the Badger, in its public statements as talks continue with GM ahead of a Dec. 3 deadline.

Russell said Nikola is prepared to drop the truck if it can’t secure an agreement with an original equipment manufacturer like GM.

“The Badger is part of our discussions with GM. And we’ve been clear all along that we wouldn’t build a Badger without an OEM partner,” he said.

“We have not finalized a deal,” Johnson said Friday. “We’re working on the details.”

The Detroit-based automaker could push to raise its planned stake in Nikola or seek warrants to guarantee or increase its equity if the company raises more money, people familiar with the matter said recently.

Nikola also has held talks with major oil company BP about setting up a network of hydrogen-fueling stations across North America, Bloomberg reported last month. The status of those discussions is unclear, but the company has said it plans to announce a partner by year-end.

Russell reaffirmed that timeline and declined to comment on BP or specify any other potential partner. But he also said Nikola has a plan to develop hydrogen infrastructure on its own if it’s unable to arrange a suitable alliance.

Nikola does have agreements with other technology providers, including a partnership with Robert Bosch GmbH to co-develop fuel-cell technology. Two of the startup’s heavy-truck prototypes use fuel cells from Bosch and the company has said its larger German partner will continue to supply cells for vehicles produced in Europe.

Nikola also is working on a battery-electric semi truck to be built next year in Ulm, Germany, in a joint venture with CNH Industrial NV’s Iveco unit. It ultimately plans to manufacture a fuel-cell-powered big rig at its own plant in Coolidge, Az., which is under construction. 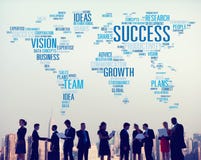 The rise of friendship apps