Across the nation major central business districts in cities like Los Angeles, Chicago, and Seattle remain eerily empty as employers continue to keep staff working remotely. Heading into the holidays, only 1 in 10 office workers had made their way back into Manhattan.

But is the disruption caused by the pandemic—and the work from home boom—actually convincing Americans to pack their bags and move?

But just because someone is leaving one city doesn’t mean they’re leaving cites altogether. They could be fleeing high-cost San Jose for Denver or Austin, for example.

Not all of these pandemic moves can be chalked up to WFH. Look no further than Jamil Dawson, who lived in Calera, Alabama pre-pandemic. During COVID he watched as friends and community members saw their long-time jobs disappear overnight. That was a wake-up call for Dawson, who was reminded that opportunities and jobs are fleeting. That motivated the 40-year-old in the summer of 2020 to accept a promotion to executive director at a health clinic, which moved his family three hours from their home in Alabama to Starkville, Mississippi.

“We can make plans and get comfortable in a job, and say ‘I can move forward in five years.’ But you might not have five years. COVID made that crystal clear,” Dawson told Fortune. 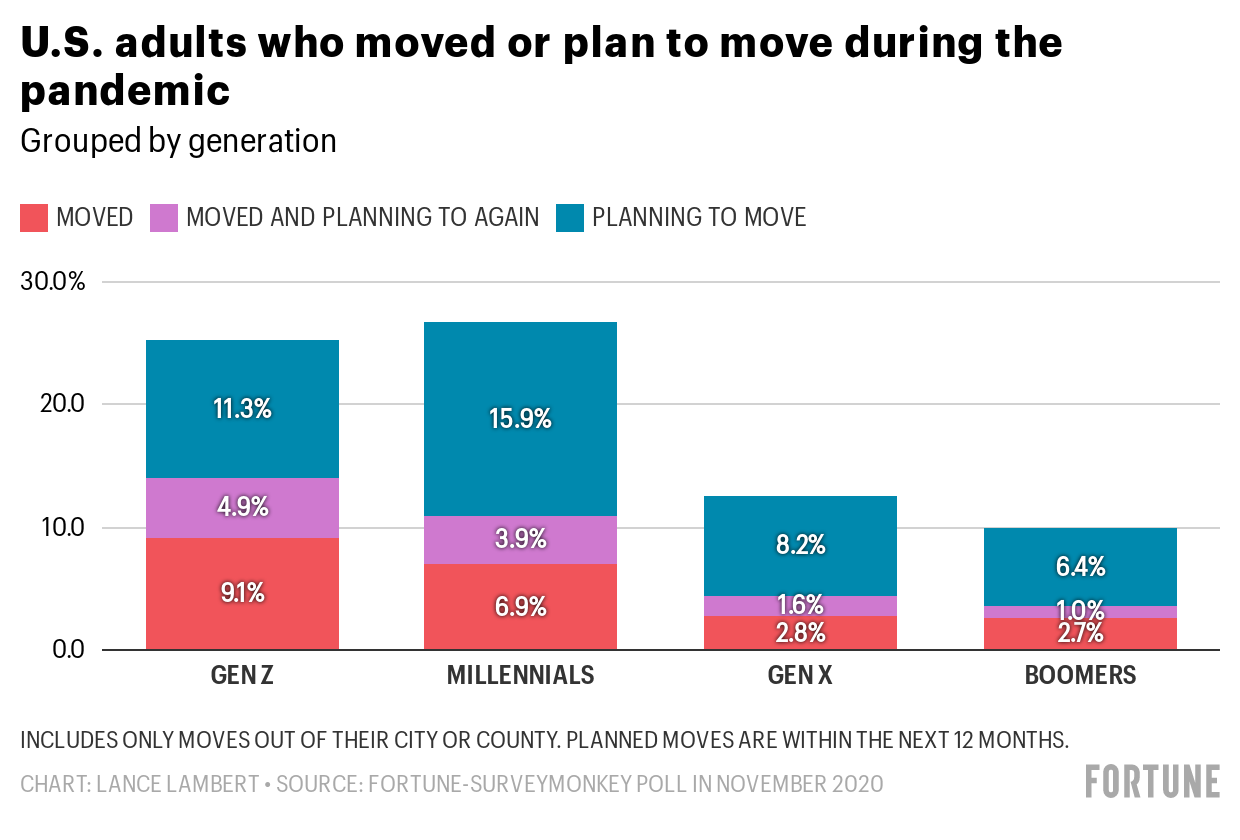 Why would millennials (born 1981 to 1996) uproot at such a high clip in 2021? One theory: Elder millennials are quickly approaching their 30s and 40s, and they could be using this pandemic as motivation to settle down, whether near family or in the suburbs for space. Unlike their younger Gen Z counterparts, millennials might have simply needed more time—perhaps to find a new school or jobs for both spouses—before making the big move.

*Methodology: The Fortune-SurveyMonkey poll was conducted among a national sample of 2,098 adults in the U.S. between November 9 and 10. This survey’s modeled error estimate is plus or minus 3 percentage points. The findings have been weighted for age, race, sex, education, and geography.

This is an excerpt from Fortune Analytics, an exclusive newsletter that Fortune Premium subscribers receive as a perk of their subscription. The newsletter shares in-depth research on the most discussed topics in the business world right now. Our findings come from special surveys we run and proprietary data we collect and analyze. Sign up to get the full briefing in your inbox. 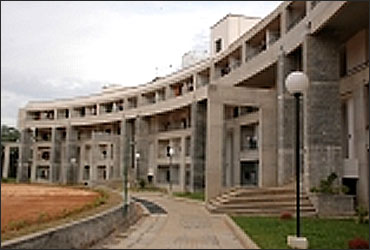 10 Biggest Entrepreneurs Of All Time