Throughout American history, decentralists have championed “states’ rights” as the winning strategy for freedom, but what if that’s not enough? After all, states, in many cases, have themselves become instruments Continue Reading

Throughout American history, decentralists have championed “states’ rights” as the winning strategy for freedom, but what if that’s not enough? After all, states, in many cases, have themselves become instruments of grave tyranny. What are citizens to do when their own state governments impose onerous restrictions, regulations, and mandates upon them? In recent years, the answer has become clear: local governments can interpose themselves between the citizens and the state government by refusing to uphold unjust laws. Just as states can nullify federal laws, localities can nullify state laws. This offers a way for even very small pockets of the population to defend their natural rights when they’ve been imperiled—a valuable strategy for the modern age.

This principle—dubbed the “anti-commandeering doctrine”—has been repeatedly affirmed by the Supreme Court. Instead of relying on state authorities, the federal government, in such a case, would have to use its own resources to enforce the law in that state, which—due to budgets and limited manpower—is a costly and rather unlikely enterprise. That’s given this strategy a successful record over the course of the American republic, originally being used to resist the Fugitive Slave Act and federal immigration and drug laws in modern times.

But how can local governments nullify state laws? The story here is a bit different. Because different states have developed under different historical circumstances, there is no single rule governing the state-local relationship. Some states are “Dillon’s rule” jurisdictions, which means that they regard local governments as mere administrative subdivisions of the state that only have power insofar as the state delegates it to them. Other states are “home rule” jurisdictions, which recognize at least some degree of self-government as a fundamental right of localities. Some states are a hybrid between the two, using Dillon’s rule for some local polities and extending home rule to others. In any case, all the intricacies of the state-local relationship are spelled out either in state law or in the state constitution.

At first glance, then, this appears to mean that the state holds absolute supremacy over localities. After all, it’s the state government that gets to define the relationship it has with localities, and even the local autonomy granted in home rule jurisdictions exists only at the mercy of the state. “From a legal standpoint, no anti-commandeering doctrine exists for cities or counties,” the Tenth Amendment Center’s Mike Maharrey has lamentingly declared. For proponents of political decentralization, this realization is disheartening. It leads to the conclusion that state authorities could, at any time, dissolve the structure of the local government and turn all local officials into agents loyal to state authorities. Maharrey continued, “From a strategic standpoint, activists should be wary of trying to employ a strategy created for states to use against the feds as a tool for local governments to take on a state.” Many have thus written off local nullification as an impracticable pipe dream, even folks who would love to see the strategy succeed.

Luckily, that isn’t the whole story. In his criticism of local nullification, Maharrey may be thinking too much about the theoretical legal structure of the state-local relationship and less about how that relationship actually functions in practice. As a report from the National League of Cities points out,

It is often—too often—said that cities and counties are creatures of state law, even in states with the strongest existing versions of constitutional home rule. That proposition is technically true, but state governments are also creatures of state law and the truism does not reveal anything definitive about how any given state allocates formal legal authority between the state and the local level. That is a question that state, and federal, constitutional law leaves entirely to the people of each state to determine.

In fact, only one state—tiny Connecticut—has ever managed to abolish its counties, and that’s only because public opinion there came to view them as unnecessary. The legislatures of any medium- or large-sized state would surely never be able to get away with any such change to the local structure. It’s not, then, that it’s not a legal possibility for states to commandeer local resources; rather it’s just that, as a political reality, they’re not able to.

If state governments can’t interfere in local affairs, then, that means that they have little recourse against local nullification. Local sheriffs, who are almost always elected (rather than appointed) to their positions, are well suited to lead these efforts, as they’re beholden only to their voters and not to any state or local board. Sheriffs can simply refuse to enforce laws that, in their view, violate the principles of justice and the Constitution, and can direct their deputies to do the same. The sheriff’s office is under no obligation to back unjust measures with its own local resources and so can openly refuse to do so. To defenders of liberty, this strategy is quite promising.

“However,” one might counter, “couldn’t the state government sue for the removal of a recalcitrant sheriff on the ground that he failed to perform his duty?” Well, they could certainly try, and it’s true that sheriffs can be removed through the courts; however, law enforcement is afforded a great deal of discretionary wiggle room in their jobs, and—probably for this reason—no suit has been brought against a nullifying sheriff to date. In practice, state officials have really had hardly any recourse at all against these sheriffs. As a practical strategy, local nullification has been shown time and time again to be rather rock solid. Not only has it served counties very well in the past few years, but the idea behind it actually stretches back to before the Civil War.

The Role of Local Nullification Today

The idea of local nullification was first explicitly propounded by Senator Stephen A. Douglas in 1858 during a debate against his senatorial election rival Abraham Lincoln in Freeport, Illinois. In what became known as the Freeport Doctrine, Douglas proposed that towns and counties in US territories could decide for themselves whether to be “slave” or “free.” That decision did not have to be made by any higher level of government—localities could do it themselves. Despite the Supreme Court’s then recent Dred Scott decision, local governments would not be bound to protect planters’ slave “property.” “[S]lavery,” Douglas told Lincoln, “cannot exist a day or an hour anywhere, unless it is supported by local police regulations.” Without a higher authority capable of commandeering local resources, slavery could be de facto abolished even if it remained officially legal.

Though there are a few key differences between Douglas’s Freeport Doctrine and the local nullification efforts of today, the gist has always been the same: following the will of local voters, law enforcement officials can and should refuse to enforce laws considered to be unjust or unconstitutional. This idea is far from new and can be adapted for use in various times and places. The late, great Murray Rothbard, who identified the creeping of tyranny at every level of government, was enamored of Douglas’s “quiet, local nullification.” He considered it the “one course left to the lovers of freedom” in the antebellum US—practical, simple, and nonburdensome. Perhaps today, more than 160 years later, the principles articulated in Freeport still offer a path forward for those “lovers of freedom.”

Already, there is the Constitutionalist Sheriffs and Peace Officers Association (CSPOA), whose four hundred–plus members refuse to enforce, among other things, covid mandates and state gun control measures. The founder of the CSPOA, former sheriff of Graham County, Arizona, Richard Mack, considers local sheriffs one of the final lines of defense against government tyranny. “[W]hen you have no place else to go, when all the courts are against you, all the legislators are against you, where else do you go?,” he asked a Washington Post interviewer. “I believe,” he continued, “to the local county sheriff … and if that means standing against the federal government, then so damn be it.”

Mack’s group of local nullifiers made national headlines this past year, after vowing not to enforce mask mandates and lockdown orders in their counties, citing that those policies are oppressive and unconstitutional. Due to the nature of their offices, they thankfully haven’t faced any serious repercussions. Their most heated critics could only throw a few roadblocks in their way, none of which made much difference to their efforts.

Sheriff Adam Fortney of Snohomish County, Washington, faced two recall petitions after refusing to enforce Governor Jay Inslee’s lockdown order last April. But those petitions came from busybody voters in his county—not state authorities—and they both failed anyway. In December, Los Angeles County sheriff Alex Villanueva announced his deputies would take a lax attitude toward the new stay-at-home order Governor Gavin Newsom had imposed on counties in Southern California. In response, the furious Newsom threatened to suspend the county (and any others who considered following its lead) from receiving covid relief funds—all carrot, no stick. Outside of that, the state government was without any options. Many more sheriffs across the country did exactly what Fortney and Villanueva did, successfully shielding local citizens from oppressive state orders.

The same has been done to resist state gun control measures. In 2018, Governor Inslee signed into law a set of new firearm regulations which made background checks more stringent and raised the minimum age for purchasing semiautomatic rifles. Though Washington is a decidedly blue state, about a dozen sheriffs in rural counties took action to resist the new measures in part or in full. Inslee, again, couldn’t compel those sheriffs’ compliance. The most he could do was instruct the state patrol to enforce the new restrictions in those counties themselves (but without the support of local departments, this is both difficult and costly). The resources of Washington’s local counties simply couldn’t be commandeered—nor could they in Nevada or New Mexico, where similar resistance efforts took place around the same time. Nullification won the day.

Local nullification offers a practical guide to resisting tyranny in a way that reflects the real wishes of local community members against the ivory-tower mentality of their government “representatives.” The state must be fought tooth and nail, and—as the most heinous and expropriative criminal of all—it makes sense for sheriffs to have a role in this fight. Civil disobedience is all well and good, but it can often be too time consuming or injurious to those taking part in it, which limits its strategic worth. But sheriffs—who have tangible power and a fair amount of autonomy—can just ignore the laws that warrant disobedience and thus vitalize the efforts of the state’s enemies.

Short of outright revolution, such local nullification may be the last true refuge for liberty. For now, change at the state and federal levels may be a lost cause, but working bit by bit and county by county, the forces of freedom still have a fighting chance. 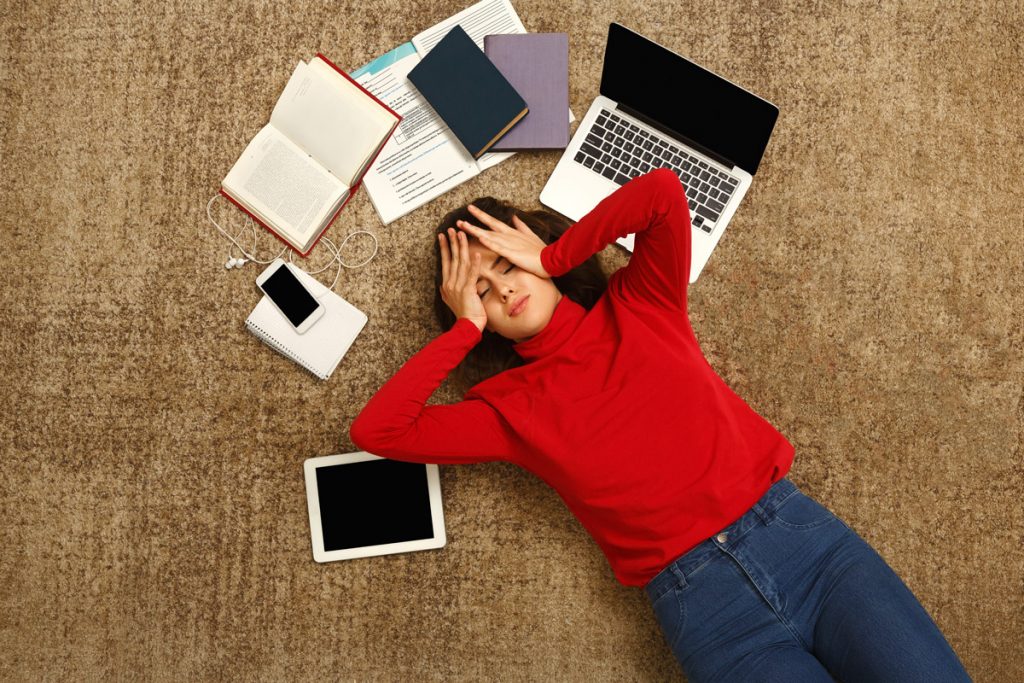 6 Money Rules to Break To Save Your Mental Health 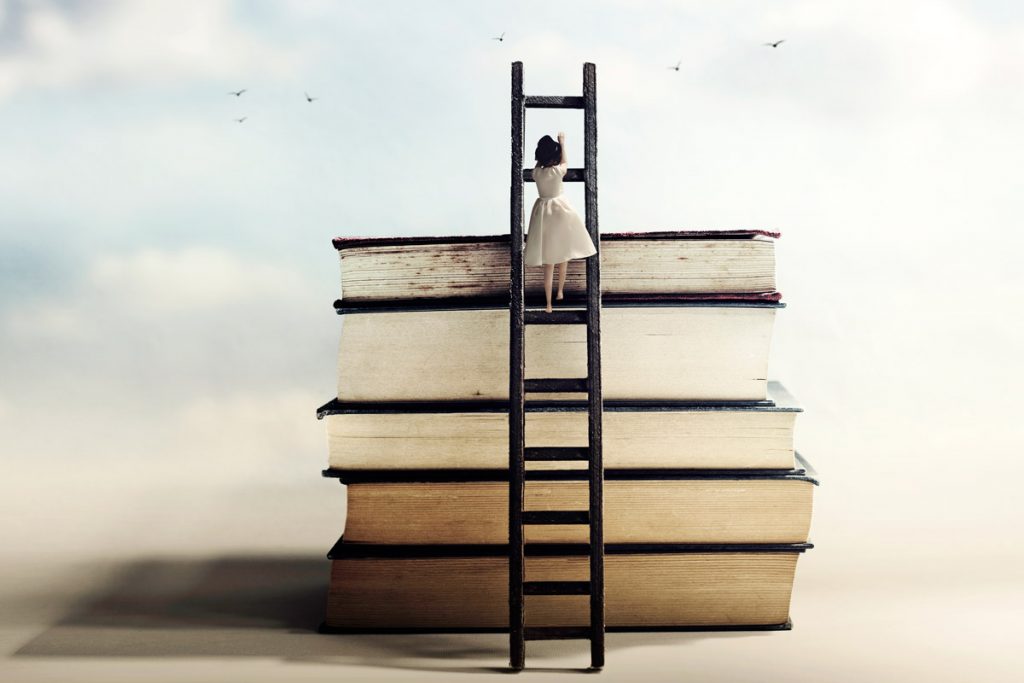