Like all new drugs, the Covid-19 vaccines that have been authorized in Western countries come with some safety concerns and side effects. Many people who’ve received the first two shots Continue Reading

Like all new drugs, the Covid-19 vaccines that have been authorized in Western countries come with some safety concerns and side effects. Many people who’ve received the first two shots deployed, one from Pfizer Inc. and BioNTech SE and another from Moderna Inc., have experienced fever, headache and pain at the site of the injection. These side effects generally disappear quickly. As many as 10 people have had a serious allergic reaction, called anaphylaxis, to the vaccines.

The body fights foreign invaders through a variety of mechanisms that include making protective proteins called antibodies, releasing toxins that kill microbes, and marshaling guardian cells to battle the infection. As in any conflict, sometimes the effort to repel an infection can itself be damaging. In rare cases, it can produce runaway inflammation and swelling of tissues in a serious allergic reaction called anaphylaxis. As much as 5{e1a2754073fbad5ffd12af50b00c7b25063b472a672bf94a881097045b92482b} of people in the U.S. have had such a reaction to various substances. It can be fatal if, for example, the person’s airway swells shut, though deaths are rare. Allergies to insect stings and foods can provoke it, though drug reactions are the most common cause of anaphylaxis fatalities in the U.S. and U.K.

2. Where have Covid vaccines triggered cases?

A Dec. 19 presentation from the U.S. Centers for Disease Control and Prevention referenced two cases of anaphylaxis associated with the Pfizer-BioNTech vaccine in the U.K. and six in the U.S. A health-care worker in Alaska who received a shot had to be hospitalized overnight. Later in the month, in Israel, which is deploying the Pfizer-BioNTech vaccine, a man suffered anaphylactic shock an hour after receiving a shot, according to the Jerusalem Post. He said he’d had earlier reactions to penicillin, the paper reported. And a physician in Boston with a shellfish allergy reported having an anaphylactic reaction to Moderna’s vaccine. None of the reactions resulted in death.

3. Has anaphylaxis been connected to vaccines before?

Yes. A 2016 study in the Journal of Allergy and Clinical Immunology found 33 confirmed vaccine-triggered anaphylaxis cases that occurred after 25,173,965 doses of inoculations, a rate of about 1.31 per million doses. So far, the rate for known cases connected to administration of approximately 3 million doses of the Pfizer and Moderna vaccines appears to be more than double that, but still very low.

4. How long does the risk last?

Usually not long. Anaphylactic reactions normally occur within minutes to hours of exposure to a specific substance, said Michael Kinch, a drug development expert and associate vice chancellor at Washington University in St. Louis. Of the 29 cases where the time lag was documented in the 2016 study, symptoms of anaphylaxis began within 30 minutes in eight cases, within the next 90 minutes in another eight, within two to four hours in 10 cases, within four to eight hours in two cases, and the next day in one.

5. What’s being done about the risk?

The U.K. and U.S. have advised people who have allergies to any component of a Covid vaccine not to receive it. Anaphylaxis can be quickly countered with antihistamines and adrenaline injectors like Mylan NV’s Epi-Pen that slow or halt immune reactions, and health workers giving the vaccine are keeping such items at the ready. These treatments don’t cancel out the beneficial effects of vaccines. In the U.S., health workers are observing anyone who has received the vaccine for at least 15 minutes post-injection to watch for signs of a reaction. People who have had reactions to a first dose of vaccine shouldn’t receive a second, according to the CDC.

6. Do we know what in the shots is causing the reactions?

That isn’t clear. The two leading candidates are polyethylene glycol — a chemical found in many foods, cosmetics and medications — and lipid nanoparticles that encapsulate the messenger RNA, a genetic component in the vaccines, according to Eric Topol, a clinical trials expert and director of the Scripps Research Translational Institute. Polyethylene glycol has been previously linked to a handful of anaphylaxis cases. Once a cause has been narrowed down, it may be possible to make Covid vaccines even safer than they are now, Topol said. If other serious non-allergic side effects crop up, he said, “they, too, are likely to be quite rare and the net benefit of vaccination overwhelmingly positive.” 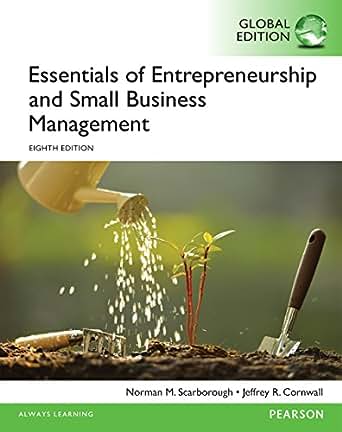 Economics 205 With Holmes At College At Buffalo