Good morning. It’s a chilly start to February here in New York, where an extreme nor’easter is expected to dump a foot of snow on the city as temperatures hover Continue Reading

Good morning. It’s a chilly start to February here in New York, where an extreme nor’easter is expected to dump a foot of snow on the city as temperatures hover in the upper 20s.

Similarly, the maelstrom around Robinhood and the so-called memestocks (ahem, GameStop) continued swirling over the weekend.

The stock trading app has drawn criticism and (unproven) accusations of collusion with institutional investors over its pausing the buying of shares in companies including GameStop and AMC last week. And in what felt like a bizarre collision of some multiverse, Tesla CEO Elon Musk spoke with Robinhood CEO Vlad Tenev on Clubhouse late Sunday over Robinhood’s decision.

It started out as a Good Time show interview of Musk himself, though Tenev’s entry soon turned Musk into the interviewer. “Did something shady go down here?” the Tesla CEO asked at one point.

Tenev denied any shadiness and, when asked why Robinhood had paused buying, blamed his clearinghouse, the National Securities Clearing Corp., for ramping up its needed collateral to about $3 billion due to greater volatility and concentration in certain securities. That number was later negotiated down, Tenev said, to about $1.4 billion.

Musk also asked about Robinhood’s relationship to the market maker Citadel Securities. In a precursor to what will likely be his response to Washington’s scrutiny of the connection, Tenev responded: “There was a rumor that Citadel and other market makers pressured us. And that’s just false.”

It’s been a struggle to find precision in the meteorological forecasts: National and local news sites suggested anything between four inches to nearly twenty-two feet of snow. It’s also hard to guess how the blustery winds from both public opinion and Congress will impact Robinhood in the long term.

But for now, in the many stages of this GameStop saga, Clubhouse and its big investor—Andreessen Horowitz—are certainly feeling the wind in their sails. The interview of Musk and subsequent conversation with Tenev brought in the crowds (no matter if it was, to an extent, planned): 5,000 listeners and over 121,000 views on this one livestream.

A16z led both Clubhouse’s Series A and B and is trying to build out its own media empire. The most recent Clubhouse conversation shows a glimpse of not only the app’s potential, but also the venture firm’s strategy for building it out.
FORTUNE’S LEADERSHIP NEXT: TheLeadership Next podcast kicks off a new season with important discussions around Black Americans and work. Last week’s show featured David Craig, the CEO of data company Refinitiv. Refinitiv is a partner in a new Fortune initiative, Measure Up, which pushes companies to track, report and disclose their employee diversity numbers. While many companies proclaim the importance of corporate diversity and inclusion, very few actually report their progress towards meeting DEI goals. Listen to the podcast here and join the effort here. 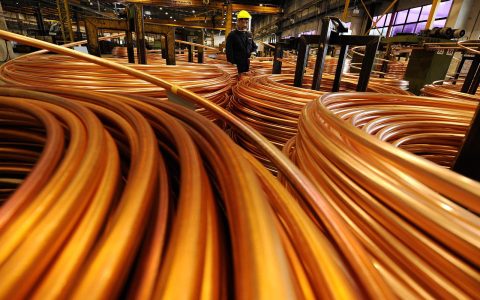