The financial woes of the giant real estate developer Evergrande, which carries an estimated debt of $300 billion, have rekindled global fears that China’s property bubble is about to burst. Continue Reading

The financial woes of the giant real estate developer Evergrande, which carries an estimated debt of $300 billion, have rekindled global fears that China’s property bubble is about to burst. Such predictions have occurred repeatedly in the past, in particular since 2010, and have been fueled by the rapid rise of property prices, construction volumes, and real estate debt. Today, many analysts fear that if the property bubble collapses, the impact on the real economy will be devastating. Some expect China’s growth potential to decrease dramatically, to 4 percent per year from about 8 percent during 2010–19, or even lower. Yet the current property market turmoil originates in regulatory action to reduce financial leverage, and it may not lead to a full-fledged financial meltdown if authorities keep the situation under control. Most important, reducing the share of construction and real estate activity may slow real gross domestic product (GDP) growth in the short run but would benefit China’s transition to a more productive and sustainable growth model.

After its liberalization in the late 1990s, China’s property market witnessed a sustained expansion with only minor corrections lasting no more than a few months. The government supported the property sector to strengthen the urban middle class and underpin growth. Banks started issuing home loans in 1997, and credit was easily accessible to both developers and households. Housing became the preferred investment vehicle for the Chinese, as bank deposit rates were kept artificially low, the stock market suffered severe crashes in 2007 and 2015, and capital controls prevented investment diversification abroad. Today the homeownership rate exceeds 90 percent (compared to 65 percent in the US) and about 70 percent of household wealth—far higher than in Western economies—is held in real estate. After the global financial crisis, the government used the property sector to spur growth via recurrent waves of easy credit. As a result, residential property prices have more than doubled during the last fifteen years alone (graph 1).

The real estate bubble was fueled by a vast increase in both mortgage and developer credit. During the last decade, household mortgage loans increased almost six times, to about $6 trillion, while real estate developer’s debt almost doubled to $3.5 trillion (graph 2). Real estate debt exceeded 50 percent of GDP at the end of 2021 and contributed to the rapid buildup in China’s total debt in the economy, which in 2020 almost doubled to around 290 percent of GDP, after only two decades.

The scale of the building boom unleashed by China’s growth stimuli is impressive. The Financial Times reports that in only two years—2011 and 2012—China produced more cement than the US did in the entire twentieth century. During the last fifteen years, the volume of floor space under construction by real estate developers increased more than five times (graph 3). Today, China’s real estate activity, including construction, accounts for about 30 percent of GDP annually, compared to 15–20 percent in most developed nations. In addition, local governments depend on land sales for about a third of their fiscal revenues. The fact that about a fifth of China’s housing units are now vacant certainly points to housing oversupply and real estate malinvestment.

Yet as authorities have taken action to cool real estate activity in recent years, several indicators, such as new housing starts, housing under construction, and land purchased by developers, dropped significantly (graph 3). The volume of floor space available for sale has fallen by almost 20 percent from its peak, and the number of months needed to sell all available homes almost halved from 2015 to 2020, indicating a reduction in housing oversupply.

The stock market crash of 2015, which also had a ripple effect in the financial and real estate sectors, prompted government action to reduce leverage and risk in the property market. In December 2016 President Xi Jinping said that homes were for “living in, not for speculating.” Beijing introduced tighter mortgage conditions and restrictions on ownership of multiple homes in order to curtail housing credit, booming residential prices, and overbuilding. In 2019 the Communist Party declared that property was not a tool for short-term economic stimulus, and China avoided another oversized growth stimulus during the pandemic.

Last year the government tackled high leverage in the real estate sector even more forcefully. Regulators capped the share of housing loans that banks may hold and also imposed “three red lines” on large property developers, limiting the size of their debts relative to their assets, equity, and cash. This complemented existing policies to cap growth in shadow financing and offshore bond issuances. Mortgage rates were pushed up, and land auction rules were tightened, together with hundreds of other regulations covering the property market. In addition, China announced a five-year program to test a new property tax, which weighed down housing demand and prices further.

The squeeze on new financing constrained developers to reduce new investment and cut prices to promote sales. Developers’ liquidity dwindled amid falling construction starts, unfinished projects, and lower sales. Signs of financial stress emerged rapidly, and not only Evergrande, but also other large developers such as Kaisa and Shimao, as well as smaller players like Fantasia, Modern Land, and Sinic Holdings, defaulted on their debt obligations. Demand for housing has taken a hit, with investors waiting for prices to fall further and reticent to buy projects from distressed developers. At the same time, property-related nonperforming loans went up, reducing the banks’ appetite for housing-related lending and exacerbating the financing shortage.

This looks like a perfect storm, with the initial financing squeeze disrupting construction and the real economy, which in turn has aggravated financial stress further. According to a report by the credit rating agency S&P, about a third of real estate developers could experience financial distress and head toward bankruptcy. But before concluding that China’s property bubble may finally collapse, one should bear in mind that the current turmoil was triggered by government action, part of a longer-term plan to cool the real estate sector.

It is possible that government’s measures may come too late and may unintentionally lead to a disorderly collapse of the bubble. Yet the authorities still have a few aces up their sleeve. The central bank has already started marginally easing monetary policy and interest rates, encouraging banks to lend more. If necessary, it could also relax limits on bank lending to developers and households mortgages. If push comes to shove, regulators could also relax the restrictions on financing developers by extending the deadline for meeting the “three red lines.” Despite being cash strapped themselves, some local authorities have stepped in already to finance the completion of Evergrande’s projects and make payments to its contractors.

In the extreme scenario that the forced deleveraging of developers spirals out of control, bringing about a massive correction in prices and activity, China can still do what other countries have also done to delay the inevitable outcome of the mess of a collapsed property bubble. It can transfer the nonperforming real estate debt from the balance sheets of banks to a special asset management company (AMC) at a discounted value and then recapitalize the banks. Such operations do not require great fiscal strain, thanks to the “magic” of modern banking—where the required equity capital represents only a small fraction of total bank assets (about 6 percent in Europe)—and thanks to the government guarantee of the debt issued by AMCs. For example, at a total debt of 360 percent of GDP and real estate loans in excess of 40 percent of GDP, Spain’s debt metrics were marginally worse when its property bubble burst in 2009 than China’s are today. Eventually, the fiscal cost to transfer banks’ bad assets—mortgages and developer loans—to the AMC called SAREB and recapitalize them was a manageable 5–10 percent of GDP. Having a public debt of about 45 percent of GDP in 2021 (95 percent of GDP including off-budget obligations, according to the International Monetary Fund [IMF]), China could—for now—afford a similar fiscal effort. China also holds vast foreign exchange reserves of about $3.4 trillion (25 percent of its GDP) as of the end of 2020 and enjoys a much higher savings rate than Spain. Moreover, China can always buy time by pushing for business consolidation in the real estate sector and ask some of its large state-owned enterprises to acquire bad assets from troubled developers, spreading the cost of a potential crisis. This appears to be happening already in Evergrande’s restructuring process since its debt default in December.

What about the Real Impact on Growth?

The sharp drop in construction and real estate activity has already reduced annual real GDP growth in China to 4.9 percent in Q3 and 4 percent in Q4 2021, the slowest rates in eighteen months. It is obvious that cooling the property sector cannot be done without lowering growth rates temporarily, while factors of production are reallocated to more productive uses. This is the unavoidable immediate cost that China has to pay in order to stop overinvestment and the waste of resources in real estate. After property bubbles collapse, economic growth can resume relatively fast and on a sounder footing, as the cases of Spain and Ireland show. If it downsizes its bloated property sector, China would have much more resources available to invest in research and development, information and communications technology, artificial intelligence, and other high-tech sectors, in which it wants to become a global leader. The short-term negative economic consequences of deleveraging the real estate market should not stop China from moving ahead. 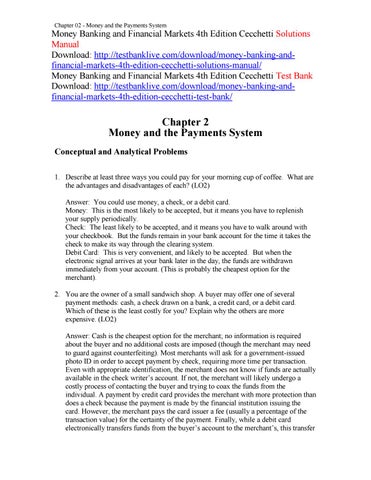 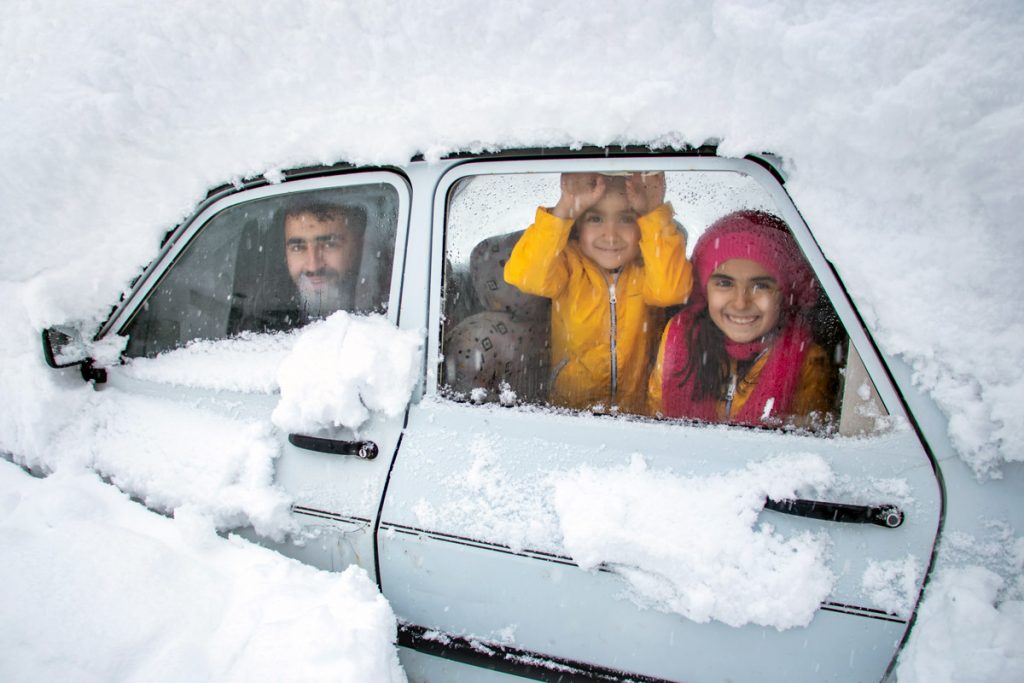 Here’s What to Include in a Winter Emergency Car Kit

Why Is An Government Abstract So Important To Your Enterprise Plan?