Big investors are backing online banks more than than ever, betting that these upstarts’ low overhead and nimble technology stacks will let them keep grabbing customers from traditional financial institutions. Continue Reading

Big investors are backing online banks more than than ever, betting that these upstarts’ low overhead and nimble technology stacks will let them keep grabbing customers from traditional financial institutions. This year, these so-called “challenger banks” have already raised a total of $4.6 billion across 101 deals—and are on pace to break the record $5.3 billion they pulled in during 2019.

These figures, set out in new report by CB Insights, reflect in part a series of massive bets on the likes of Chime, which recently raised a $485 million Series F round that valued the online bank at $14.5 billion. The popularity of challenger banks banks among venture and private equity firms is reflected in this chart:

But while revenue from card swipes has helped challenger banks gain a foothold in the larger banking market, the banks themselves could face challenges in the coming year. While these banks have added millions of customers —Chime had 10 million and smaller rival Current had 1 million as of September according to CB Insights—they also face a wave of competition.

In the U.S., the market is already crowded as Chime counts rivals like Varo, MoneyLion, Dave, HMBradley and others, including just-launched Jiko, which puts user deposits into U.S. Treasury bills. Meanwhile, the U.S. challenger banks face new pressure from cross-Atlantic rivals like Revolut and Monzo, as well as competition from giants like Venmo and Square, which are expanding their bank offerings.

While CB Insights notes the online banks are benefiting from tailwinds in the form of increased online commerce and a bounce back in debit card spending, it’s an open question if there are enough debit swipes to go around. Some of the upstarts are trying a subscription model—asking users to pay a modest fee for investment or overdraft services—but it’s unclear how consumers will embrace this.

Meanwhile, traditional banks are fighting back by jazzing up their apps and online offerings even as they enjoy record levels of customer deposits in the COVID era. According to Federal Reserve stats, the total amount of deposits at U.S. consumer banks swelled to $15.9 trillion from $13.2 trillion at the start of the year—even as the banks have been slashing savings rates. These giant cash reserves are a boon for the big banks’ core lending business, which is something the challenger banks largely don’t have.

Mark Goldberg, a partner at Index Ventures who specializes in fintech, says that the current environments means some challenger banks will struggle or see themselves get acquired. He added success will be especially tough for the newer entrants and for those that are relying on social media ads to sign up new customers—a popular tactic for some challenger banks.

Goldberg also predicts the future will belong to early leaders like Chime and Robinhood, which are winning the race for new customers are in a strong position to cross-sell new products to them. He adds that upstart banks in the strongest position also includes those that have targeted a niche, citing like Greenlight, which recently raised $215 million for its “debit card for kids” offering.

In the longer term, the success of banks—new and old—will depend on their ability to retain customers and extract more value from them over the course of a lifetime says CB Insights. 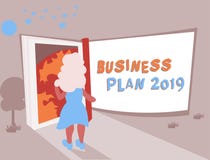