Our mission to make business better is fueled by readers like you. To enjoy unlimited access to our journalism, subscribe today. The credit industry isn’t working if you ask consumer advocates. Continue Reading

The credit industry isn’t working if you ask consumer advocates. The Big Three credit agencies—Equifax, TransUnion, and Experian—are black boxes, gathering and selling consumer data, grading us on our financial behavior without letting us in on how they do it, and perpetuating damaging racial disparities while they’re at it.

That’s why consumer advocates are calling for a public credit reporting agency, and why President-elect Joe Biden has adopted a proposal for just that from left-leaning think tank Demos.

The proposal suggests building a publicly run credit reporting agency within the Consumer Financial Protection Bureau (CFPB) that would eventually, over the course of seven years, replace the current for-profit credit system in America. The agency would be steered by consumer need rather than the bottom line, according to proposal author Amy Traub.

“Today, credit reports, which are issued by just three large private companies, are rife with problems: They often contain errors, they leave many ‘credit invisible’ due to the sources used to generate a credit score, and they contribute to racial disparities,” Biden’s plan for investing in communities through housing reads.

Credit scores impact nearly every corner of an American’s financial life. A less-than-ideal credit score can make it much harder to get a loan for a house or car, start a business, or even get a job. And much of how creditworthiness is determined perpetuates the racist systems and policies that have plagued Black, Latinx, and other minority communities.

Since the Equifax breach, which compromised the personal data of more than 145 million people, the credit industry has come under increased fire for its lack of transparency and its deepening of inequity. The coronavirus pandemic has shone a light on those issues, and consumer complaints have skyrocketed. As of mid-December, the CFPB has already received over 400,000 complaints—47{e1a2754073fbad5ffd12af50b00c7b25063b472a672bf94a881097045b92482b} more than the previous annual record set in 2019—led by those about credit reporting, according to senior director of U.S. PIRG’s federal consumer program Ed Mierzwinski.

“I think it’s an idea that’s time has come,” Traub said, optimistic about Biden’s adoption of the proposal, spurred in part by Bernie Sanders’ endorsement of it in 2019.

It would be a big lift, but Biden ran on big promises to address racial disparities and economic justice, and this plan would be a piece of that puzzle.

Credit scores and the companies that issue them reproduce the racial wealth gap and bolster the discriminatory policies that create it. In the current system, credit scoring and other lending algorithms disproportionately label Black and Latinx people as riskier borrowers, according to Demos. Those groups are also more likely to have a “thin file,” or short credit history, which allows for many lenders to view them as risky as well.

A public credit registry would develop a transparent algorithm with an eye toward equality and removing obstacles that keep minorities from receiving loans at reasonable rates, according to the Demos proposal. One such obstacle is medical debt, which the Demos paper proposes should be left out of credit history. When people incur medical debt, it is not often a rational financial decision made with the ability to repay in mind; it’s usually taken on in an emergency for a sum unknown to the borrower until after the care has been given. And in the midst of a pandemic that has forced record-high unemployment levels, in a country that largely ties health insurance and employment together, medical debt is on the rise. This is unlike, say, a car loan, which allows borrowers the time to think rationally about taking it on. At the proposed public credit reporting agency, the car loan would factor into score and creditworthiness, but medical debt would not.

Another piece of data that would no longer be factored into questions of consumer creditworthiness is inability to repay predatory loans. The paper asserts that “a consumer’s inability to repay an abusive loan (such as the shoddy mortgages that lenders aggressively marketed in communities of color during the run-up to the 2008 financial crisis) reveals little about how the same borrower would handle credit provided on fair terms.”

Biden’s public credit agency would take some new data into account, too, such as cash flow or history of rent and utility payments—but only if consumers affirmatively opted in. This is a model that is already being used in fintech to issue loans to those deemed unworthy by traditional banks. It is also an option at credit bureaus, but that offering is not mandated.

“The incoming administration is supportive of policies that would bring more accurate and reliable data into the credit reporting ecosystem to help improve access to credit for underserved consumers,” said Francis Creighton, president and CEO of the Consumer Data Industry Association, the trade group for consumer reporting companies including the major credit bureaus. “CDIA supports these efforts, and we have and will continue to advocate for policy innovations to achieve these goals.”

Brian Hamilton, CEO of One, a fintech and banking services company aimed at middle-income households, said he believes in the “spirit” of the public credit reporting agency in question, but he thinks that private industry is better suited to solve the problems that the proposal outlines than the government is. The federal government, he said, should make offering the option to add additional sources of credit history mandatory and increase oversight of the algorithms used to determine creditworthiness and the data collected on consumers. But building its own credit agency from the ground up when traditional banks, credit agencies, and fintech companies are already doing that work is not the best use of the government’s time in Hamilton’s eyes.

“I’m really in favor of private industry solving the problem with the support of the administration and their goals. They have the right goals in the spirit of what they’re trying to do, which I’m 100{e1a2754073fbad5ffd12af50b00c7b25063b472a672bf94a881097045b92482b} for,” he said. “Push the existing credit bureaus to leverage their nontraditional data in their scores and be transparent about what they are doing with people’s data and how it is affecting scores. And then support the industry.”

Even though Hamilton doesn’t think the public credit reporting agency is the right way to go to address financial injustice, he does think that the federal government has a large role to play. He said that on top of supporting industry and increasing oversight, Biden should also “triple down” on financial education in the U.S. so consumers understand their options and can navigate the credit system better than the generations before them.

Unlike Hamilton, Mierzwinski said that consumer advocates, himself included, think building a public credit agency is “a great idea.”

“This is a market that’s broken,” he said. “It’s like Groundhog Day, dealing with the credit bureaus, because they continue to do the things they did from the beginning, which is make a lot of mistakes, perpetuate the racial wealth gap, and refuse to treat consumers as customers because, in fact, their customers are businesses.”

Mierzwinski thinks now is the right time to turn the reins over to the public sector. For-profit credit agencies answer to investors and their corporate customers, but the CFPB was created to put the consumer first.

What happens to the Equifaxes and Experians when a public agency takes over, though? The companies also have robust international credit businesses, along with collecting and selling data in the U.S., a business that won’t be impeded by the switch.

“I don’t feel bad for the credit bureaus,” Mierzwinski said. “The credit bureaus can still collect information. And they can still run all of their data broker activities and direct marketing programs that are not related to the credit reporting systems. So it’s not like they would go away.”

Equifax directed Fortune to CDIA, and Experian and TransUnion did not respond to multiple requests for comment.

And should the establishment of the Demos version of a public credit reporting agency become reality, the shift from for-profit primacy to one public option would take seven years, so the agencies would have plenty of time to adjust their business models if need be, according to Mierzwinski and Traub.

But Biden’s ability to get anything done is still up in the air. The Senate runoffs in Georgia will determine whether Republicans maintain control under Mitch McConnell. If McConnell’s party comes out of Georgia victorious, the chances of Biden being able to build a public credit agency become slimmer, but not zero. If Democrats take control of the Senate and therefore control Congress and the presidency, there’s a good chance that the building of a public credit agency will be set into motion early on in the President-elect’s term.

How the agency is established and operates is up for debate. At the Democratic convention this year, the party adopted the idea of a public registry in its platform, but suggested it as an alternative choice for consumers rather than as an eventual replacement for the for-profit credit industry as the Demos proposal suggests. The Biden transition team did not respond to requests for comment on the President-elect’s preferred approach, but Biden’s transition website links to the Demos proposal.

Republicans and Democrats tend to agree that the current system lacks necessary transparency, and many also agree that it perpetuates inequality. Should Congress remain split, green-lighting a public credit reporting agency could find bipartisan support, but it wouldn’t come without a fight from consumer advocates and lawmakers. 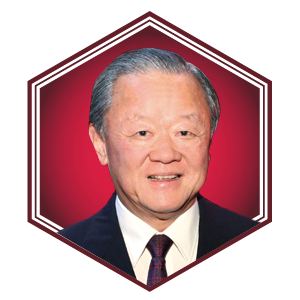 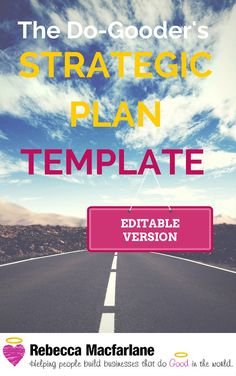