On Election Day, voters in five states will decide ballot initiatives that would legalize cannabis use either recreationally (Arizona, Montana, New Jersey, and South Dakota) or medicinally (South Dakota and Continue Reading

The ballot measures speak partly to changing public attitudes toward both marijuana use and gambling, activities that remain criminalized in large swaths of the country. Yet, both have been gradually accepted in jurisdictions across the U.S. Despite the continued federal prohibition of cannabis, recreational adult use of marijuana is now legal in 11 states plus the District of Columbia, while the Supreme Court’s decision to reverse a federal ban on sports betting in 2018 has seen the practice now allowed in 22 states plus D.C.

If those numbers were already expected to swell in the coming years, the coronavirus pandemic could further motivate more states to adopt measures legalizing cannabis and sports betting. Across the country, states are experiencing historic budget shortfalls as a result of the pandemic, which has devastated the American economy and drained government coffers of the tax revenue they rely on. In the two nascent, newly liberalized industries, there is an opportunity for states to begin making up some of those deficits by legalizing, regulating, and taxing them.

“There’s definitely a growth opportunity for sports betting” in the wake of COVID-19, according to Chris Altruda, a sports betting industry analyst at Pennbets.com, who described the industry as a “low-maintenance” solution for states looking for additional tax revenue.

Likewise, the cannabis industry provides “an economic opportunity, and a way to build some stimulus” for jurisdictions now in need of funding, according to Bridget Hennessey, vice president of government relations at Weedmaps. “You’re seeing across the country that there’s some appetite for this.”

New York governor Andrew Cuomo recently reiterated his interest in legalizing marijuana in his state, which expects to run a budget deficit of nearly $60 billion over the next two years due to the pandemic’s economic impact. As New Jersey appears likely to pass its own recreational measure this November—becoming the first mid-Atlantic state to legalize cannabis in the process—the onus will fall on neighbors like New York to follow suit, or else risk losing revenue from customers willing to cross the Hudson River to purchase products.

“With New Jersey coming online, it will put pressure on neighboring states. That is tax revenue that neighboring states are missing out on,” says Robert DiPisa, co-chair of the cannabis law group at New Jersey-based law firm Cole Schotz. “I do think it’s going to create a domino effect.”

Likewise, state lawmakers are increasingly considering legal sports betting, even though tax revenues from that industry are limited compared to most recreational cannabis markets. But a regulated sports gambling market can still generate millions of dollars annually for state coffers—meaningful funding for departments and programs in need of every dollar they can get.

“I talk to legislators fairly regularly, and it’s definitely the case that many are looking for sources of [tax] revenue,” says Cory Fox, vice president of government affairs at online sports gaming company FanDuel. “They’ve been thinking about [sports betting] for a number of years. There’s general public support for it, and there’s a regulatory framework that they can take from other states.”

In Maryland, for instance, a ballot measure in November’s election that would permit sports betting in the state would earmark the generated tax revenue for public education. Similarly, Colorado passed its own sports betting law last year by promising that proceeds would fund the state’s management of its water supply. Legalization “seems to be an easier sell to the public if you say, ‘We’re going to take this [tax] money and put it toward something specific,’ rather than just putting it toward a general fund,” Altruda notes.

Of course, not even the most bullish advocate for either industry believes legalizing cannabis or sports betting alone will alleviate states’ budget strains, such are the multibillion-dollar shortfalls facing many post-pandemic. “Cannabis taxes aren’t going to save any state budgets,” says National Cannabis Industry Association (NCIA) spokesperson Morgan Fox. “But everything helps. We’re talking about hundreds of millions of dollars [of tax revenue] in these states with regulated [marijuana] markets.”

The states with the most mature recreational cannabis markets see hundreds of millions of dollars a year in tax revenue from the industry—with California, the largest recreational market in the nation, generating more than $1 billion since the start of 2018. By contrast, the $25.8 billion wagered legally on sports in the U.S. since 2018 has generated only $231 million in tax revenue for state and local governments, according to the American Gaming Association (AGA).

Indeed, there are those in both industries who are wary of taxes that may prove too burdensome for operators and consumers alike. NCIA’s Fox notes that cannabis sales taxes “have to be set at a rate where they’re low enough to compete with the unregulated, underground market” that continues to operate. And AGA spokesperson Casey Clark described sports betting as “a low-margin business” that “is not the panacea that is going to solve everyone’s budget issues.”

But for the most part, both industries are thrilled to be in the position they are now: gradually embraced by dozens of state jurisdictions and counting, at a time when the local economies across the country can use any jolt they can get.

“The pace at which these reforms are happening at the state level are only increasing,” Fox says, noting that roughly 250,000 people are employed by the legal cannabis industry in the U.S. “Aside from tax revenue, regulated cannabis markets create tens of thousands of new jobs, and we certainly need that.”

A similar sentiment exists on the sports gambling side. “There’s some momentum and opportunity to be had with the budget shortfalls,” says AGA’s Clark. “This is something that we want to get right. It’s not a speed-to-market opportunity. We have to make sure the right policies and frameworks are in place.” 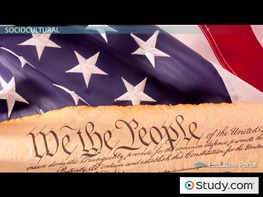 19 Is Quietly Threatening The Future Of Nigeria’s Information Media