Once again, Amazon is setting the agenda in retail with its two-day Prime Day sales event starting on Tuesday, an annual shopping extravaganza that comes three months later this year Continue Reading

Once again, Amazon is setting the agenda in retail with its two-day Prime Day sales event starting on Tuesday, an annual shopping extravaganza that comes three months later this year than it has in the past.

Prime Day started off in 2015 as a made up event to drum up sales at the quiet time of the year for shopping. But this year, Prime Day stands in as the kick-off to the 2020 holiday season—three weeks before Christmas spending normally gets going, which tends to be when retailers quickly switch from Halloween wares to Christmas goods around Nov. 1.

“It is close enough to the holiday season that people are going to be thinking ahead if they’re looking for deals,” says Andrew Lipsman, principal analyst at eMarketer.

No sooner had Amazon finally announced its 2020 Prime Day dates in late September, did Walmart, Target, and Best Buy follow suit with their own plans for big sales events as “counterprogramming” to Amazon, as Lipsman puts it. J.C. Penney and Kohl’s joined the chorus on Monday morning with their own announcements. “This is really early holiday shopping,” says Lipsman.

While all those chains, and other large retailers including Petco, Dick’s Sporting Goods, Ulta Beauty, and Gap Inc have more than held their own against Amazon in the e-commerce wars this year, they have little margin for error and see the need for the early start.

A big factor that will spur the earlier shopping rush: Shoppers have had to contend with shortages this year as retailers kept tight inventory since the start of the pandemic this spring, and too often consumers have experienced shipping delays as retailers, Amazon included, struggled with the surge in e-commerce orders.

The election on November 3 is also likely to distract American consumers, making the early start even more crucial to retailers.

“Importantly, we believe Amazon stands to benefit from an earlier start to holiday shopping, with Prime Day representing ‘good’ pull-forward that helps smooth demand through 4Q,” JPMorgan analysts wrote in a research note last week. The goal for Amazon is also to sign up new Prime members—which number about 153 million Americans—at the start of holiday shopping.

Analysts say Amazon Prime Day’s offers will be less of a hodgepodge than in previous years and clearly more focused on holiday items, either for oneself or others, with a focus on home appliances and consumer electronics.

It has to put its best foot forward. Amazon is going up against brick-and-mortar retailers that have significantly increased their e-commerce firepower since last year, with Target’s digital sales nearly quadrupling last quarter, and companies like Gap Inc and Walmart seeing them double, thanks to their big networks of stores that double as delivery hubs and curbside delivery, an inviting option for COVID-weary shoppers.

“They’re getting stronger,” says Lipsman. “As is Amazon.” 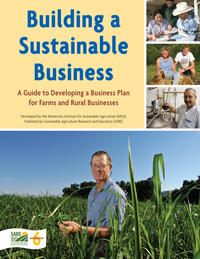 $1 trillion in stimulus at stake: The shape of a deal hinges on the Georgia Senate runoffs

The Actual Profession Risks Of Entrepreneurship